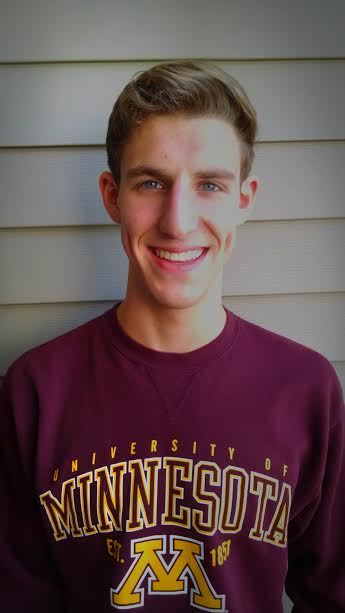 Wisconsin native and Fox Valley Waves Swim Team member Garner Kohrell has committed to swim for the University of Minnesota starting in the 2016-17 season.

Excited to be swimming for the University of Minnesota next year! Thanks for everyone's support along the way. #Gophers @GopherSwimDive

Kohrell is best in the butterfly and backstroke, and is also a solid mid-distance freestyler. A look at his best times below, and notice his steep progression over the last few seasons (LCM in parentheses):

With the rate of improvement that Kohrell’s making, he could develop into a very valuable commitment right as he gets to Minnesota. A possible sign for the future is the 56.27 100 meter fly he swam this summer, which is a Summer Juniors cut, which looks pretty good compared to his 100 yard fly best, which is only an Winter Juniors standard.

Last season, other than now-junior Daryl Turner, no Minnesota butterfliers broke 49 seconds. Turner led the pack with his 46.52, but the next-best swimmer was Ben Bravence (49.08). Kohrell would also clock in at 5th on the Gophers top times list in the 200 fly last season.

“Minnesota felt like home the moment I stepped on campus. The coaches and swimmers were awesome to be around.  Everyone got along and worked really well together on the team; making for a phenomenal atmosphere. I feel that I will not only grow as a swimmer, but as a person too.  The academics there are also a fantastic fit, and I think they will help set me up for a great and well rounded future.  I’m extremely excited to be a Gopher!”

Congrats Garner and great pick up for the Gophers!

Very happy for you and so proud of you. Wishing you success and the best of luck as you continue your education Keep swimming.

Way to Go, Garner, Wow Congratulations very happy for you.