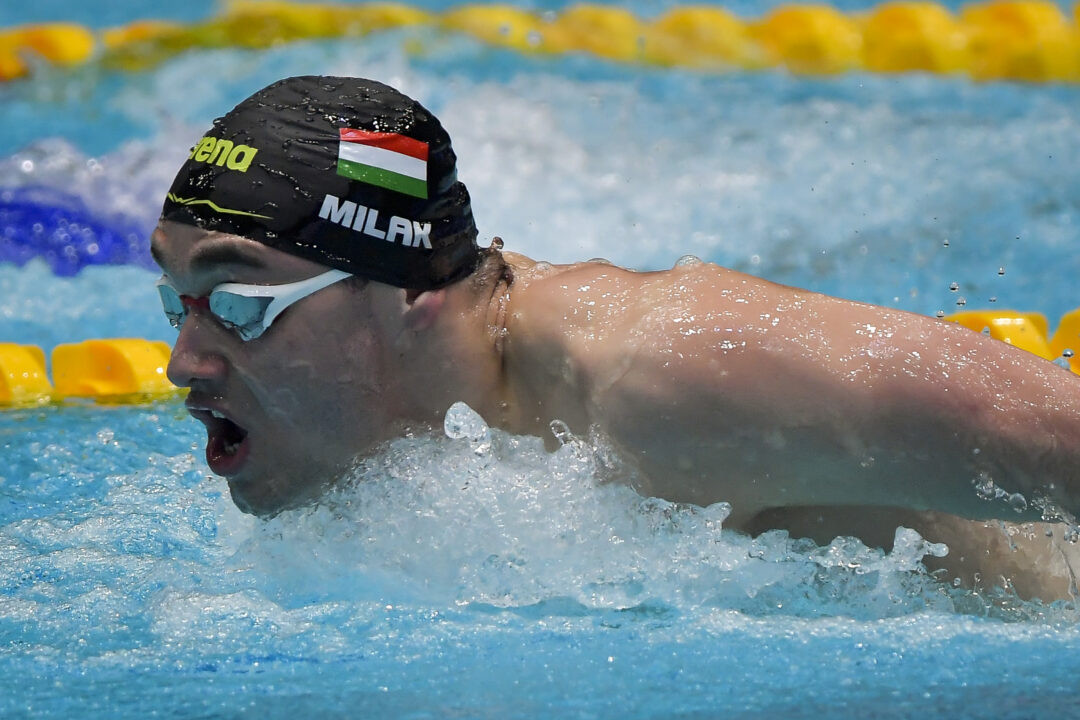 Hungary, the host country of this year’s FINA World Aquatics Championships, will see its national swimming championships kick off tomorrow from Debrecen.

The World Championships headed to Budapest in June will represent Milak’s first major international competition with his new coach Balázs Virth, under whom he’s been training since late last year.

As for multi-Olympic champion Hosszu, the 32-year-old powerhouse is entered in the 200m IM, 400m IM, 100m fly and 200m fly events over the 4-day affair of these nationals.

Prior to that, she raced in Mexico at the Copa Heller meet in February. There she produced a 400m IM time of 4:56.99, far from where we’re used to seeing her, as the multi-Olympic medalist is typically in the 4:38-4:44 range in-season in the past.

Of note, the reigning world champion in the women’s 200m fly, Boglarka Kapas, has just a 3-event lineup scheduled, consisting of the 50m free, 50m fly and 100m fly.