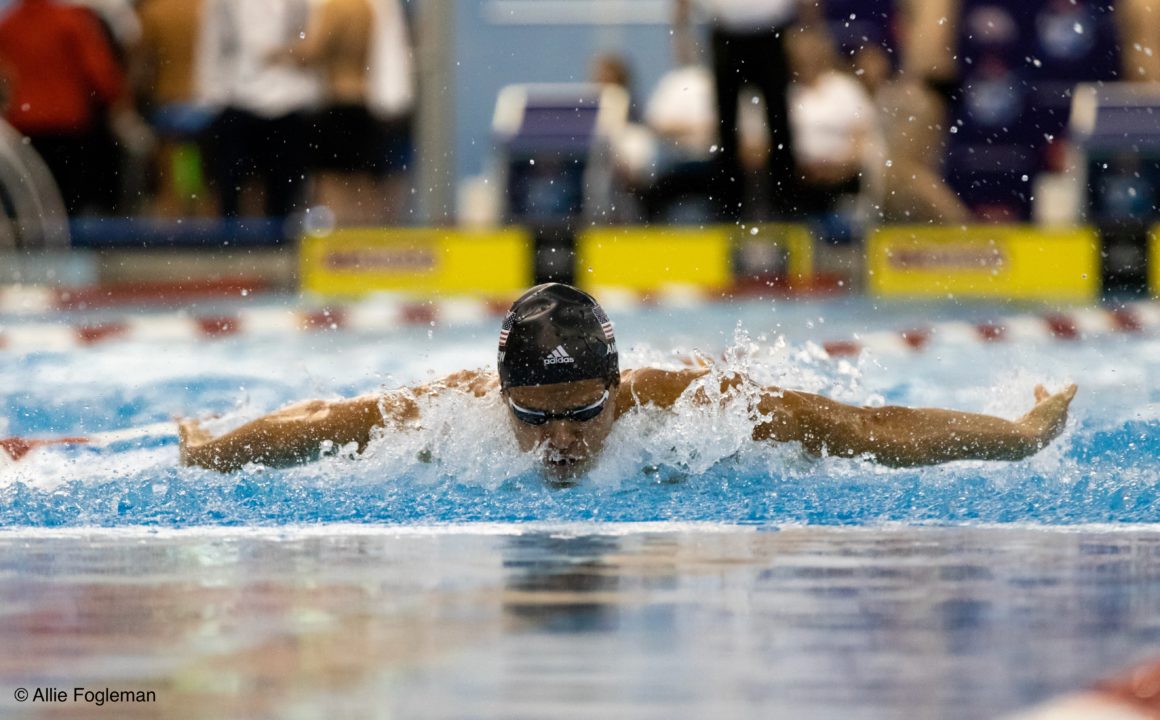 Michael Andrew swam three lifetime bests at the 2020 Pro Swim Series in Des Moines a couple weekends ago and his new vlog gave us behind the scenes. Archive photo via Allie Fogleman

The 200 IM time moved him into position as the #6 fastest American of all time.

Andrew posted a new video to his YouTube channel going over just how he went that fast during this meet and gave us a behind the scenes look.

The video first starts off with the American sprinter showing how he recovers and primes his muscles before race day. Using a muscle stimulator, he primes his “glutes”  by sending electrical shocks over a period of five minutes. Michael Andrew‘s dad, Peter Andrew, uses a muscle hammer to do a CNS (central nervous system) reset during this time. Peter Andrew also reveals how using the muscle hammer on certain body parts can relieve muscle tension in other areas of the body.

Michael Andrew has posted previously about incorporating more weightlifting into his training, which is a deviation from the early ideas of dry-land training for anything beyond injury prevention. It is also clear that he has been focusing a lot on recovery methods. He recovered after the prelims session using a lacrosse ball to roll on and still using the mustlce stimulator and muscle hammer.

Walking over to the pool, Michael Andrew spoke about the impact of the coronavirus on the Olympics. He believes that the Olympic Games won’t be cancelled.

“I’m pretty certain it won’t be canceled but if it is postponed it’s gotta be done within this calendar year”, said Andrew.

Peter Andrew gives us a different angle and his excitement during the 100 Breast with their own video during the finals swim, where Andrew went the 59.14.

The video concludes with a behind the scenes of his autograph session with fellow National Team swimmer Tate Jackson and Andrew’s own recap of the meet.

“51.3 100 fly was good but not super fast, I think there’s a little more room for improvement but still a PB”, said Andrew to close out the video. Andrew was very happy with his performance in the 200 IM and describes how he is learning new things in training every day.

Great decision from the Andrew team to swim fast in Des Moines, Iowa. Just in case USA swimming decides to forgo the Olympic Trials and go straight to selecting the top two fastest times in each event from the last 9 months to represent the USA at the Olympics.