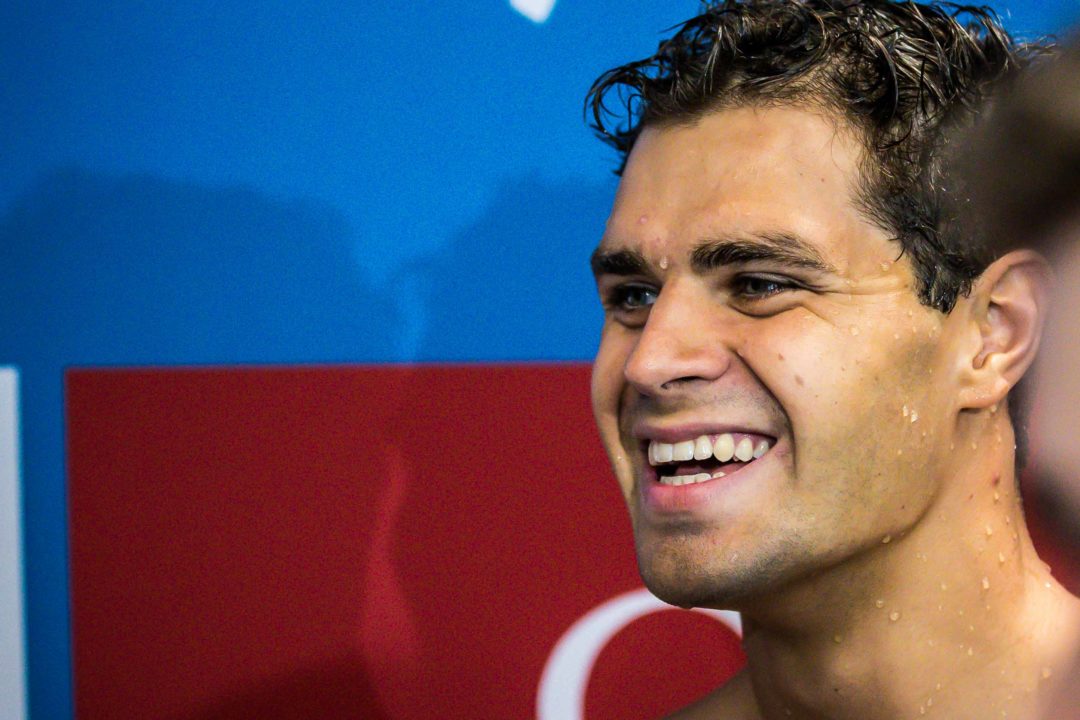 The 20-year-old sprinter will upload a video everyday showing how he's keeping active as he's unable to train in a pool during the global pandemic. Archive photo via Jack Spitser/Spitser Photography

In a vlog post on Monday, Michael Andrew announced his plans on doing daily videos to keep fans up to date on what he’s doing to stay active while pools are closed during the COVID-19 pandemic.

Andrew, 20, went paddleboarding in the ocean throughout his Monday vlog, and then went to a garage full of gym equipment and did a workout along with his dad, Peter Andrew, in Tuesday’s episode.

During the video on Tuesday, Andrew finds out that the 2020 Pro Swim Series had been officially cancelled, and also briefly discussed the Olympic situation. The five-time Short Course World Champion talked about how both Canada and Australia had declared they wouldn’t send athletes to the Games if they were to go on in 2020, and that the IOC had put a four-week timetable on making a decision if the Olympics would be postponed.

Since the video was shot, the Olympics have been officially postponed by the IOC to 2021, which Andrew acknowledged via text in the video. Andrew revealed his thoughts on the Olympic postponement in an Instagram post.

Andrew and his family reside in Encinitas, California, making the move from Lawrence, Kansas back in 2018.