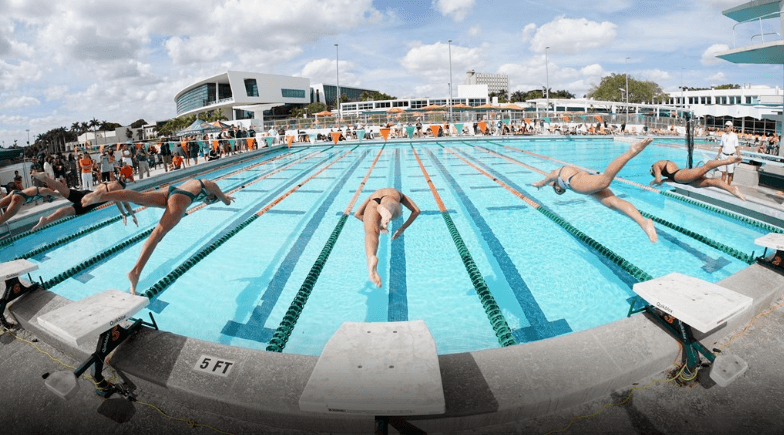 Picking up where she left off after a standout freshman year, Mason picked up two wins on Sept. 28 vs. FIU. Miami’s top point-getter a season ago, Mason had a trio of second-place finishes against a ranked Gators team on Sept. 27, and she earned her first two wins of the year in the 100-yard breaststroke and her signature 200-yard IM event on the road vs. the Panthers.

A talented newcomer from Quebec, Vallée captured the first two collegiate wins of her career in Miami’s dual meet with the Panthers. Vallée, who finished with one second-place finish and one third-place finish vs. Florida on Sept. 27, took the top finish in both the 1-meter and 3-meter in the first road meet of her career on Sept. 28.