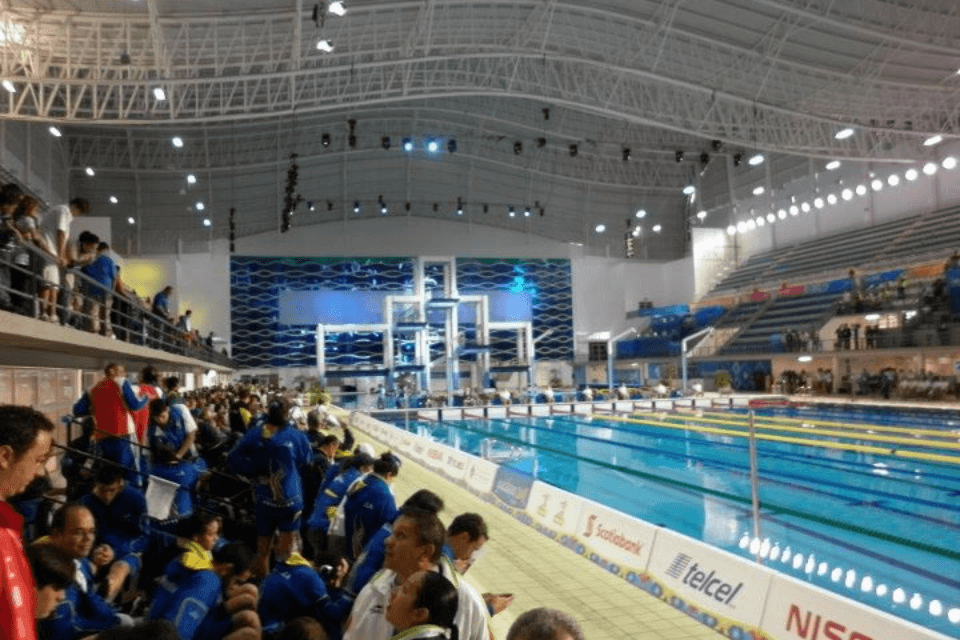 According to several news reports coming out of Mexico, the Mexican Swimming Federation has pulled out of hosting the 2017...

According to several news reports coming out of Mexico, the Mexican Swimming Federation has pulled out of hosting the 2017 World Aquatic Championships in Guadalajara from July 15-30, 2017.

We reported last month that FINA had given the Mexican Swimming Federation until February 10th to complete the following three tasks, or risk losing the right to host the 2017 Worlds:

Mexico’s decision is based on economics. The high cost of hosting the event, coupled with the current economic crisis befalling countries whose economies are tied to the weak oil market, put Mexico in a difficult position. In accepting to host Worlds, Mexico had agreed to invest $100 million in infrastructure. So far, they have only invested $9.5 million.

“We have seen the notice of CONADE, which surprised us, as the benefit of organising the FINA World Championships is much higher than the cost of running the event,” FINA Executive Director Cornel Marculescu told SwimSwam via email after the news broke, saying that the organization is preparing to share the next steps in finding a new host shortly.

The president of the Comisión Nacional del Deporte (Conade), Jesús Mena, informed FINA president Julio Maglione of the decision by telephone today. According to the agency DPA, Maglione regretted Mexico’s decision and said it would be difficult to find another host. “Today we have only two years to find another site, when normally the process takes four to six years. This is difficult for us.”

Mexico will have to pay a fine of $5 million to withdraw as host.

Links to articles in Mexican press:

Although I would love it personally for the event to be relocated to Toronto (local to me) I can’t help but wonder if Brazil wouldn’t be ideal. The country has landed three major events with two of them being sporting events under the previous President. Having much of the infrastructure and many facilities already in place because of these events it would be an easier “add” for the current President than many other countries.

I’m not sure FINA wants to have to worry about the UAE bailing on the event again, and there’s also the sensitive question of the open water events, which would involve a huge kerfluffle from the USA unless they were relocated to cooler waters in Bulgaria or Uzbekistan or something. While USAS and FINA normally try to politely ignore each other as much as possible like feline rivals, this is one issue where I think they’re willing to raise a huge fuss.

So undisclosed Chinese location it probably is.

yeah, a chinese location would make the strongest possible location.
They have the money and the government doesn’t think twice about spending money to assert their position as global leader in all things, including sports.

Russia will not host it. Their economy is in free fall, following the fall in oil.

No US city would host since their government would not underwrite the cost even though no major infrastructure building is needed so the cost should be far less than USD100 millions. I also doubt any eropean city has enough money reserves to host this “relatively unimportant sporting event”

This would leave out an asian city rich enough and has good infrastructures, such as Doha, Abu Dhabi, Dubai, Singapore, Beijing, Shanghai, Hong Kong (but then, it is a laissez faire economy, the govt would not underwrite) or an Australian city like Perth (which would make it three times host),

Ironic that the city pulled of a successful Pan Am Games in 2011, but cannot afford to pay FINA’s extortion rates for a smaller multisport event.

I can understand why USAS doesn’t want to play with FINA in this area. They could probably fund their entire elite athlete stipend program out of what FINA would expect to be comped in five star hotel costs.

The list of potential host countries is pretty small when the price tag is $100M+. Sad that the USA as the predominant power in world swimming will NEVER host the meet at this cost.

I believe that this is the main problem. I’d also like to see what the breakdown is for this $100 million price tag.