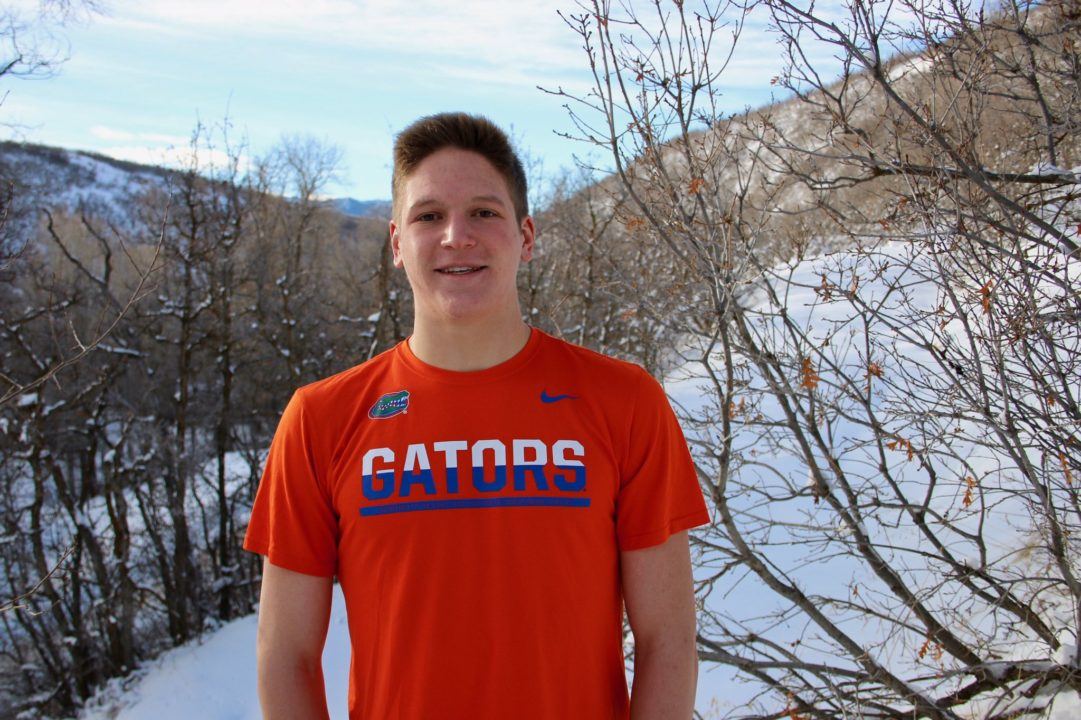 Just like our high school class of 2016 #1 recruit Maxime Rooney did in early 2015, Trey Freeman of The Baylor School and Baylor... Current photo via Trey Freeman

Just like our high school class of 2016 #1 recruit Maxime Rooney did in early 2015, Trey Freeman of The Baylor School and Baylor Swim Club in TN has committed to swim at the University of Florida as a high school junior. Rooney committed before our 2016 recruiting rankings came out, but he went on to earn our #1 ranking a good five months after he verballed to Gregg Troy’s squad. Freeman is one of the first male commits to the NCAA class of 2022.

Also like Rooney, Freeman is months ahead of schedule– Rooney committed in February of his junior year, and that was considered early last year. Freeman, along with Drew Kibler and Reece Whitley, is one of the few blue chip recruits of the HS class of 2018. He led off USA’s 2nd place 800 free relay and finished 2nd in the 400 free at the Jr Pan Pacific Champs this summer, and his strong summer has snowballed into an even more impressive fall/winter season thus far in 2016.

An incredibly rangy freestyler, Freeman’s sweet spot is at the 500 free, though his 200 and 1650 are excellent as well. He’s also a very strong 400 IM’er– all events that Florida traditionally excels at under Troy’s tutelage. He broke the 200 free national HS record in SCM last month, and then had a very impressive showing at Winter Juniors – East (though he was a bit outshadowed by Kibler and Jack Walker at the meet). At the meet, Freeman won the mile, touched 2nd in the 500 free, and won the 200 free B final, among other strong swims.

Florida just graduated a host of distance freestylers, and they’ll say goodbye to Italian freestyle stud Mitch D’Arrigo after this season. D’Arrigo is a three-time SEC Champion (1x 500 free, 2x 800 relay) and was the 500 free NCAA runner-up last year. As 16-year-old Freeman is just a junior (he still has at least a few months before he turns 17), he’ll also miss training with Olympic gold medalist Caeleb Dressel, who is a current college junior himself.

Nonetheless, Freeman will train with mid-distance free ace Rooney, which should make for a dynamic environment in practice. Looking forward, Freeman is already ready to score at SECs. At last year’s meet, he would’ve finished in the 500 free A final, 200 free B final, and would’ve been 6th in the 1650. He’s not too far off of scoring in the mile or the 500 at NCAA’s, either, though he’s very close to scoring level in the 500 in particular (he’s just tenths off of what it took to score in the 500 last year).

Proud to announce my commitment to swim and study at the University of Florida. Can't thank my family and friends enough for guiding me. ???? pic.twitter.com/bXnAxybrrq

Barta to ND and Cancel to Florida were announced a while ago. CollegeSwimming and Florida Swim network.

How do we get an entire article and not have The Baylor School even mentioned? I’m not remotely connected – but I always want to know where a kid swims. And Merry Christmas SwimSwam.

Whoops, got too caught up in his accolades! Thanks for the catch.

I agree….the club coach never gets their due credit. For now on, he will be mentioned as Florida bound even though he was developed by Baylor and Dan Flack. This happens all the time on SwimSwam and other websites…

Developed at Baylor?? Kid was a Junior National finalist under Ron Lockwood in Utah before going to Baylor who has continually developed the top swimmers in Utah the last 7 years.

I’m pretty sure he was NAG record holder in Utah.

Great Gator of the future. This kid can be special.