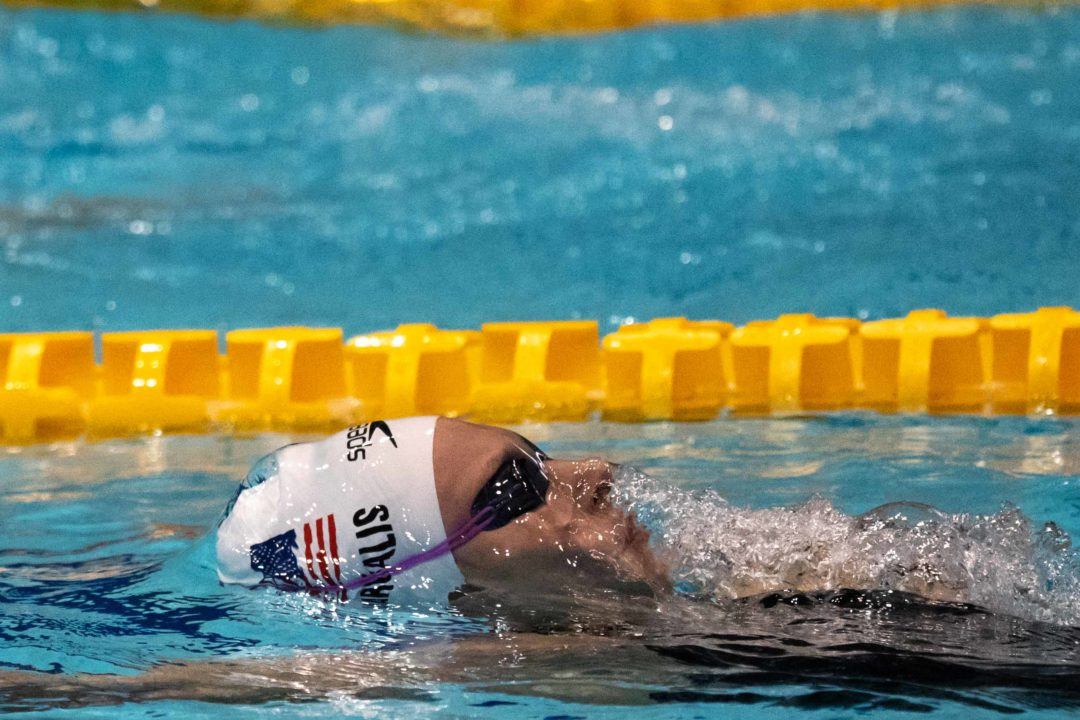 26-year-old Melanie Margalis swam to a new American Record in the final of the women’s 200 individual medley, winning the silver medal in a time of 2:04.62.

That swim got her under what she went on the FINA World Cup in October, where she clocked a time of 2:04.65. Prior to that, the American Record belonged to Caitlin Leverenz and her 2:04.91 from the 2011 Duel in the Pool. However, Margalis’ swim still isn’t the fastest ever done by an American.

Julia Smit holds that distinction, having gone 2:04.60 at the 2009 Duel in the Pool. However, due to the suit gap, it wasn’t recognized as an American Record. You can read all about that here.

Margalis, who won the bronze medal in this event at the 2014 Championships in Doha, came into the competition as the 5th fastest swimmer ever with her 2:04.65, but moves past Evelyn Verraszto and Ye Shiwen (both 2:04.64) for 3rd behind Katinka Hosszu (2:01.86) and Smit.

Hosszu won the gold here in 2:03.25, her 3rd straight title in the event and her second consecutive medley sweep. Margalis’ teammate Kathleen Baker picked up the bronze in a new best time of 2:05.54, holding off Ye (2:05.79).