McKenzie Coan on S7 400 Free World Title: ‘It Means Everything to Me’ (VIDEO) 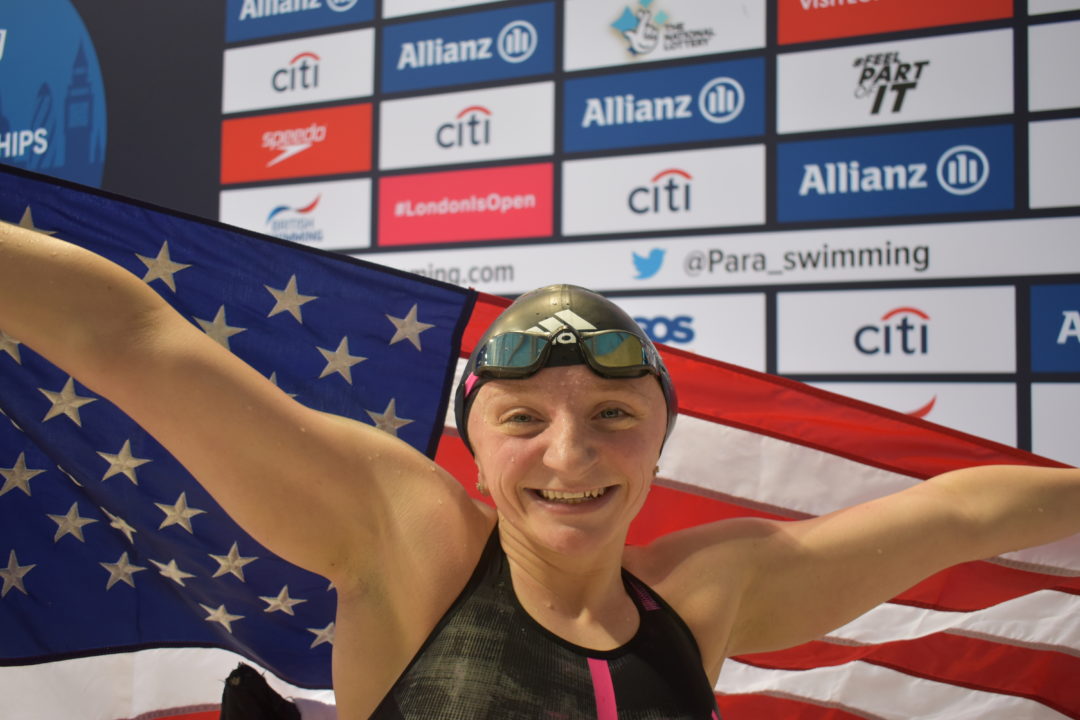 "That was for the little girl in the little purple wheelchair at swim meets," Coan said. "So I thought of her, and I did that for her." Current photo via Nate Williams Media

Nate Williams contributed to this report.

After her first win of the 2019 World Para Swimming World Championships, SwimSwam caught up with United States Paralympian McKenzie Coan, and she broke down what the swim meant to her.

“That was for the little girl in the little purple wheelchair at swim meets who swam her first 500, or 400 free, and just fell in love with it,” she said. “So I thought of her, and I did that for her.”

“I’ve learned how to sprint, but I’m a distance girl at heart,” Coan added. “I love to dive in, and get into my rhythm, and just go.”

Check out additional interviews from the meet below and subscribe to our YouTube channel for even more:

What a boss. It’s been awesome following her career

I LOVE that quote

So proud of you – so glad I got to meet you in Tucson. You make us elders remember why we fought so hard! Onward to toyko