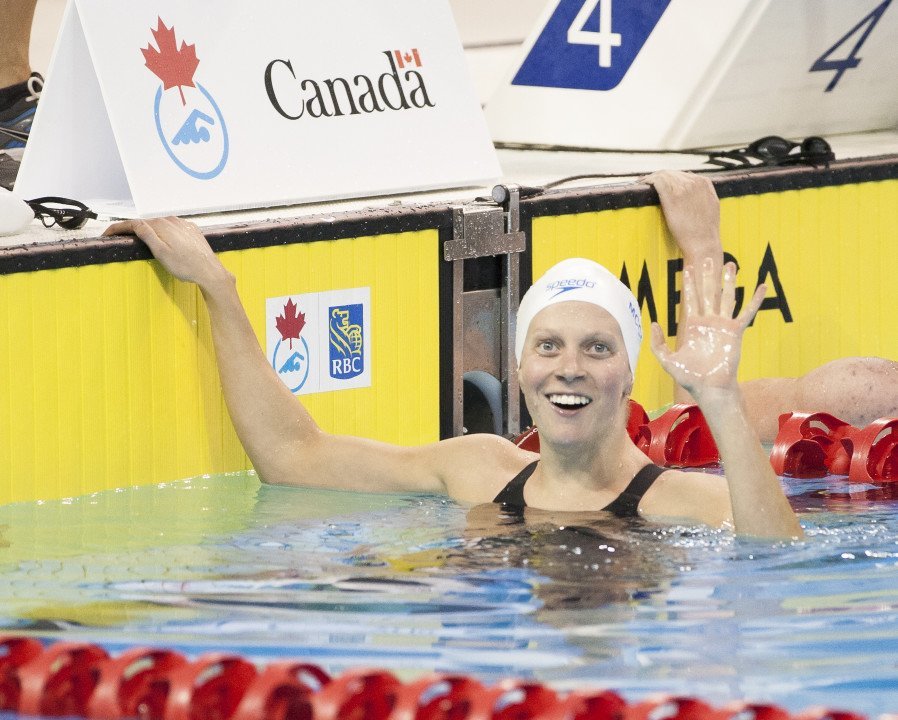 The athletes where elected by fellow Rio 2016 Olympians and Toronto 2015 athletes.  To represent the sport of swimming, Martha McCabe was elected.

At the 2011 World Championships, McCabe won the bronze in the 200-meter breaststroke.  McCabe is a two-time Olympian as she swam her way to London in 2012. At the London Olympics McCabe finished fifth in the final of the 200-meter breaststroke. Following the 2012 Olympics, she  was also named the 2012 Female Swimmer of the Year for Canada.  In 2016, she was officially named to Canada’s Olympic team for the 2016 Summer Olympics.

After Rio, McCabe got on board to travel Canada in hopes to inspire the next generation of athletes.  Throughout her journey, she stopped at over 45 swim clubs and schools from Victoria, BC to St. John’s, NL. McCable spent 50 days traveling as she spoke to over 3,000 kids, parents and coaches across the country.