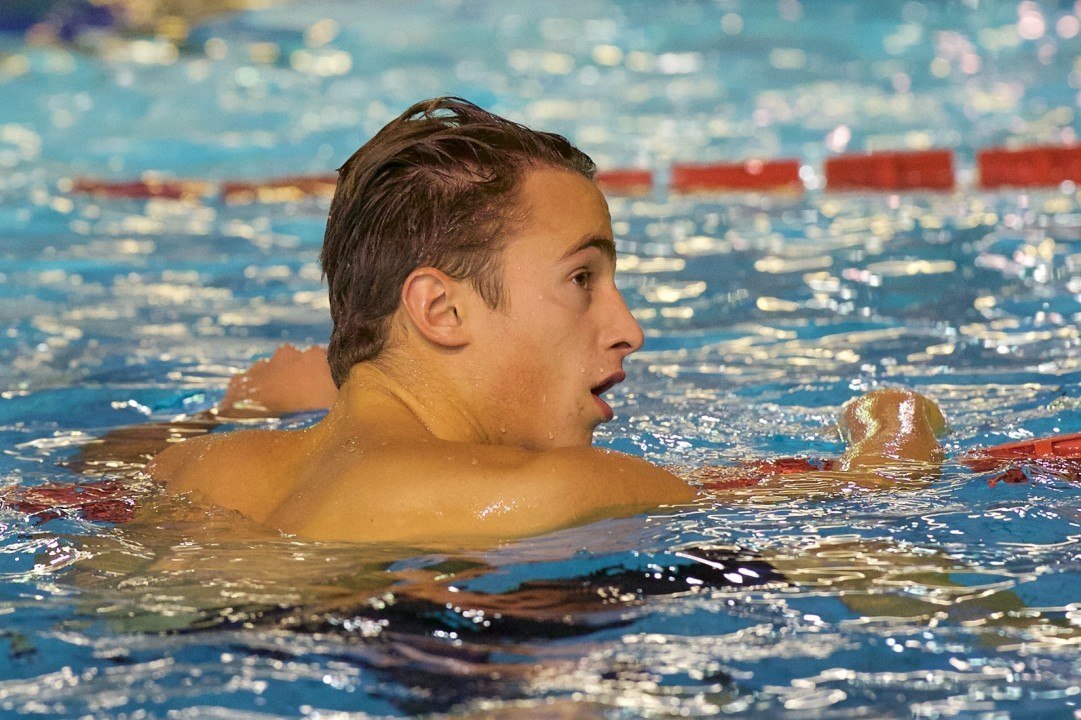 The 2019 Italian Summer Championships continued this weekend in Rome, with several stars stepping up for meet titles, including Alberto Razzetti. Archive photo via “Rafael/Domeyko Photography”

The 2019 Italian Summer Championships continued this weekend in Rome, with several stars stepping up for meet titles.

Giacomo Carini posted a near-personal best in the men’s 200m fly to take gold, posting a time of 1:57.89. He owns a PB of 1:57.17, which was he also near when finishing 6th at the World University Games in Naples earlier this month. There he produced a mark of 1:57.71 in the final.

World Championships semi-finalist Ilaria Bianchi posted a time of 58.57 to win the women’s 100m fly in the only sub-minute mark of the field. In Gwangju, she produced a mark of 57.92 in the semi.

The Junior field of the women’s 100m fly saw Sofia Sartori nail a winning time of 1:00.19. That checks-in as a new PB, overtaking her previous lifetime best of 1:00.78 from last year.

The men’s 50m back field was led by Matteo Milli, as his 25.01 podium-topper checks him in as the 5th fastest Italian performer in history in the event.

The women’s winner of the 50m back was Silvia Scalia, as teh National Record holder put up a top result of 28.42. The Cadet final was won by Costanza Cocconcelli in 28.88, while the Junior final saw Erika Francesca Gaetani post a gold medal-worthy mark of 29.07.

Lorenzo Glessi produced a winning time of 2:01.87 to top the podium in the men’s 200m IM, but the Cadet field saw Alberto Razzetti post the only sub-2:00 time of the entire field across all age ranges.

Carini personal best is 1.55.40 at the 2017 Italian Championships, which was the national record until Budisso broke it this year. You may want to fix that.

That’s the summer national, the least important one (winter and especially spring are way more competitive): there are around 10-12 swimmers around 49 and 6-7 capable of mid-48.
Just two weeks ago Italian 4×100 relay arrived 4th just 0.2 behind australia…