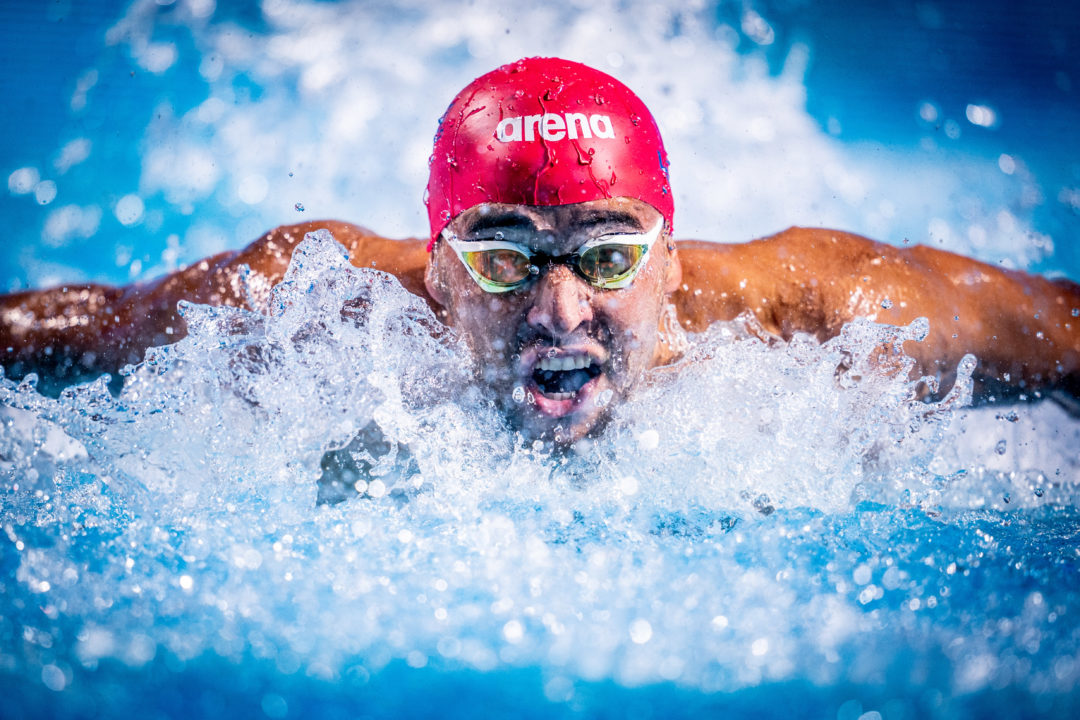 Sates swam a 52.30 to take gold in the men's 100 butterfly final, out-touching le Clos who was a 53.37 for the silver medal. Archive photo via Mine Kasapoglu

The 2021 CANA Grand Prix has wrapped up in Stellenbosch, South Africa, marking the conclusion of one of the final 2021 Olympic qualifying opportunities for many countries. While South African swimmers have headlined the meet, athletes from countries including Benin, Botswana, Burundi, Cameroon, Cape Verde, Djibouti, eSwatini, Guinea, Malawi, Niger, Rwanda, Senegal, Seychelles, Sierra Leone, Tanzania, Tunisia, Uganda, and Zambia were all present at the meet.

For South Africa, this meet follows their official Olympic Trials which took place in April and gave swimmers another shot at getting under the FINA A standard to earn automatic Olympic qualification. Matt Sates was the only swimmer to get under a FINA A standard at the meet, hitting a 1:59.02 200 IM to undercut the 1:59.67 he needed.

While a FINA A standard gives a swimmer a pretty sure shot at being named to the team, there are other routes to be named to the team. Any swim between March 1 2019 and June 27 2021 will be considered for selection which means that times swum at the 2019 World Championships will also be used for consideration. Further, if a swimmer hits a FINA B standard they may also be considered for nomination.

As a reminder, the FINA A and FINA B time standards for this Olympic year are as follows:

Le Clos also raced the men’s 100 butterfly final and hit a 53.37 but was out-swum by Matt Sates who hit a 52.30 for the win. Both Sates and Le Clos trailed the FINA A selection cut of 51.96 but were each under the FINA B of 53.52. The winning swim for Sates was a bit slower than the 52.15 he swam at the recent South African National Championships. Le Clos will likely be selected to swim the event for South Africa at the Olympics, considering that he took bronze in the event at the 2019 World Swimming Championships with a 51.16 which is well under the FINA A and won silver in the event at the 2016 Olympics with a 51.14.

Hannah Roberston picked up her 2nd and 3rd victories of the meet during the second finals session by swimming a 58.70 100 freestyle and a 4:31.44 400 free. Both of those swims were quicker than her prelim swims of 59.15 and 4:31.88, respectively. The 400 freestyle for Roberston was a fair bit slower than her swim at South African nationals a few weeks ago when she posted a 4:21.46 for second place.

Dune Coetzee added to her 100 fly victory from earlier in the meet by taking gold in the 200 butterfly with a 2:16.06, shaving some time off her 2:18.98 prelims swim. Coetzee was recently a few seconds faster when she hit a 2:12.24 at South African nationals, earning herself potential consideration for the Olympic team by undercutting the FINA B standard by just 0.04 seconds. Coetzee also raced the event for South Africa at the 2019 World Championships where she was even faster, hitting a 2:11.92 for 20th place.

The 100fly A time is ridiculously fast

Sates will thrive at UGA training with Luca