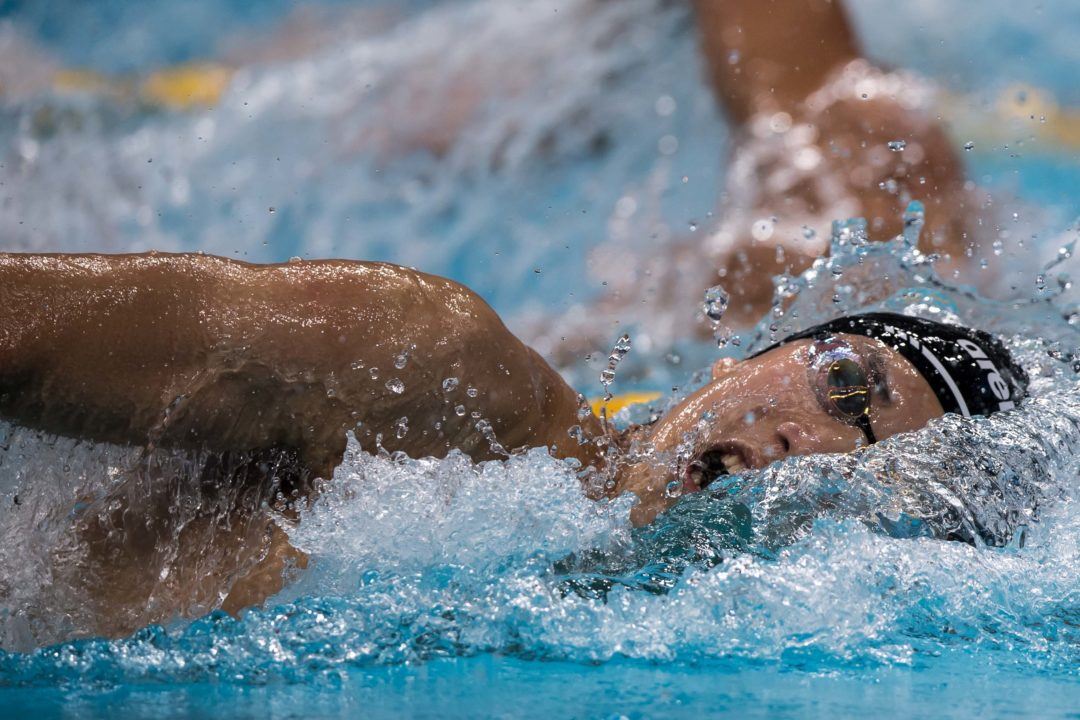 Japan's Katsuhiro Matsumoto is showing his prowess across both the 200m and 100m freestyle events, getting it done for gold at the Kirara Cup. Archive photo via Mike Lewis/Ola Vista Photography

The 2020 Kirara Cup concluded today in Yamaguchi, but not before additional notable swims took place at this in-season competition.

Taking place after the Kosuke Kitajima Cup, but before next weekend’s Konami Open, this Kirara Cup is a stepping stone along the path of competition leading up to the all-important Japan Swim (Olympic Trials), which are slated for the first week of April.

The man logged the only sub-49 second time of the field in 48.79 to further add his name into the mix of possible men’s 4x100m freestyle relay team members for this summer’s Olympic Games. Matsumoto’s personal best in this 100m free event rests at the 48.52 notched at the 2019 Japan Open, which means his effort this evening was within just .27 of that outing.

Taking the men’s 100m fly tonight was 21-year-old Yuya Tanaka, as he upset heats leader Naoki Mizunuma in the closest of finals. 23-year-old Mizunuma clocked a heats swim of 52.52 to produce the only sub-53 second AM swim.

For the women, yesterday’s 200m free queen Nagisa Ikemoto powered her way to an additional two gold medals among the teen finals. The 17-year-old put up a solid 59.76 in the women’s 100m fly to beat the field, while she also nailing a winning effort of 55.71 in the 100m free.

Ikemoto owns a 1free personal best of 54.98 from the 2019 FINA Swimming World Cup stop in Tokyo, a time which represents the teen’s first and only venture under the 55-second barrier in the event.