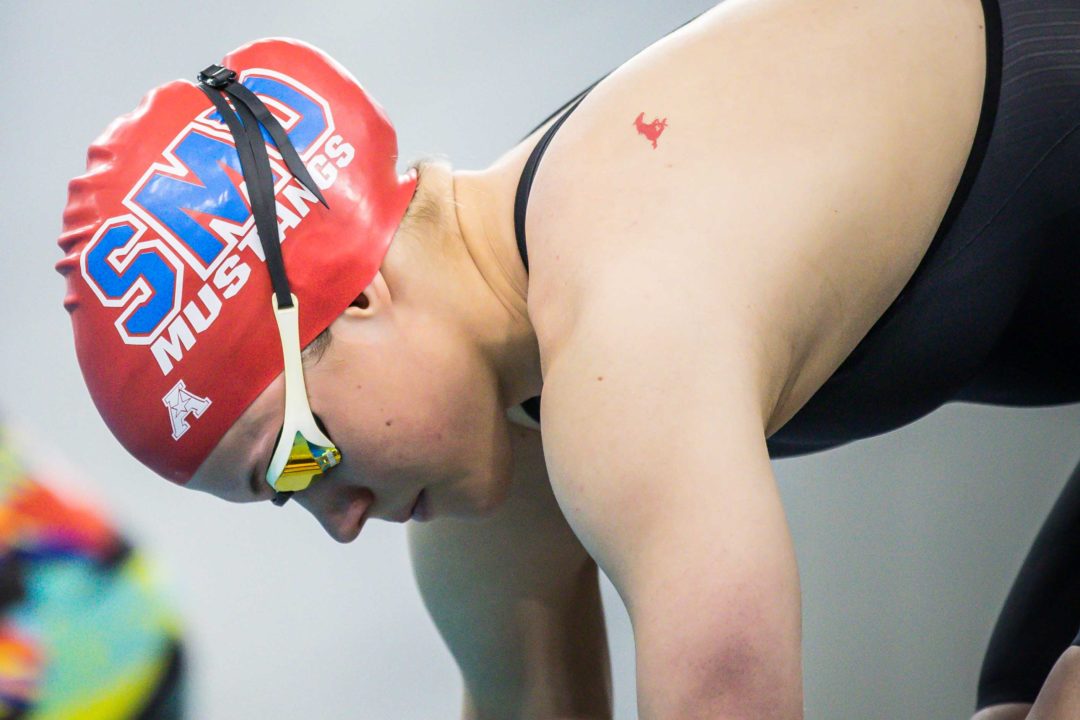 Following their Friday meet with Texas, SMU held Saturday time trials as a final tuneup ahead of AACs. Several best times were set in the trials.  Archive photo via Jack Spitser/Spitser Photography

Following their Friday dual meet with Texas, the SMU men and women held Saturday time trials as a final tuneup ahead of the AAC Championships. The Mustangs’ men and women will be in Houston for the conference meet from February 19-22. Several best times were set in the trials.

SMU’s Colin Feehery dropped a second from his best in the 400 IM. Feehery put up a 3:50.73, marking his first time under 3:51. Feehery also blew away his best in the 200 back by 8 seconds. His 1:48.87 there was his first swim under 1:50. He was 2nd behind Stephen Cheng (1:47.43), who was about a second shy of his best. Feehery set 4 lifetime bests this weekend, having posted bests in both breaststrokes against Texas.

I believe the AAC meet is in Houston this month, not Dallas.

Hi Lauren, thanks for the article on SMU 🙂🥰 Name correction, should be :Olivia Hernandez. There is no Olivia Anderson on the SMU team, but there is Felicia Anderson.
Thank you- Just Keep Swimming ☺️