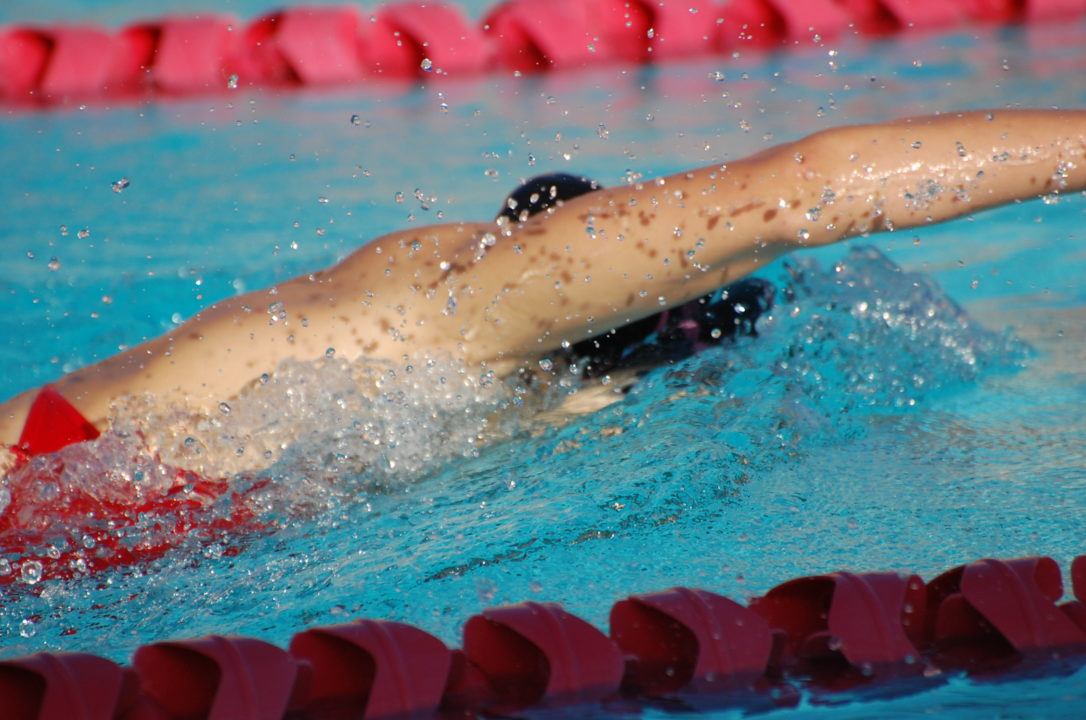 Lately, everyone in Japan has been stepping up their swimming game, with the latest being 17-year-old Nagisa Ikemoto in the women's 200m freestyle. Stock photo via Anne Lepesant

We pointed out in our piece yesterday on the ‘3 Japanese Records most likely to fall’ that the men’s 200m free appears to be at constant risk, primarily due to World Championships silver medalist Katsuhiro Matsumoto.

The 22-year-old made history by becoming the first man ever from Japan to medal at a long course World Championships with his silver in Gwangju last year. He clocked the current national record of 1:45.22 en route to the podium but has already been as fast as 1:45.82 in-season at the Kitajima Cup late last month, which is just over half a second outside his record.

Again tonight, Matsumoto put up a solid in-season effort of 1:46.36 to easily take Kirara Cup gold. Splits are not available as of yet, but Matsumoto’s time represented the only final effort to dip under 1:50.

Post-race, Matsumoto told Asian media, “It’s a satisfying time in the midst of fatigue. I feel like I’m doing well.”

In the men’s 200m fly, Yuya Yajima claimed victory in 1:59.40, although the fastest time of the night came in the younger set’s final. Teppei Morimoto threw down a time of 1:57.39 in the teenage race.

For the women, highlights included Rika Omoto beating Aya Sato narrowly in the women’s 50m freestyle, with the former touching in 25.51 to the latter’s 25.62.

A big swim came in the form of Nagisa Ikemoto‘s victory in the 200m freestyle. Racing in the teenage final, the 17-year-old busted out the fastest time of her career, hitting the wall in 1:57.77 to put up the best mark of the night across all ages.

Entering this Kirara Cup, Ikemoto’s personal best rested at the 1:58.19 notched at the 2019 FINA Swimming World Cup stop in Tokyo. That made the teen Japan’s 8th fastest performer of all time.

With her first-ever sub 1:58 outing of 1:57.77 tonight, however, Ikemoto now rockets up to become the 5th fastest Japanese female performer ever in this event. She also adds more excitement to the women’s 4x200m freestyle relay.

Although still well off a potential podium spot for this summer’s Olympics in the women’s 4x200m free relay, if Japan can put together performances more to the tune of Ikemoto’s individual swim tonight, they can make a run at finishing top 5.

Japan would have a really competitive w4x2 if Rikako was healthy.