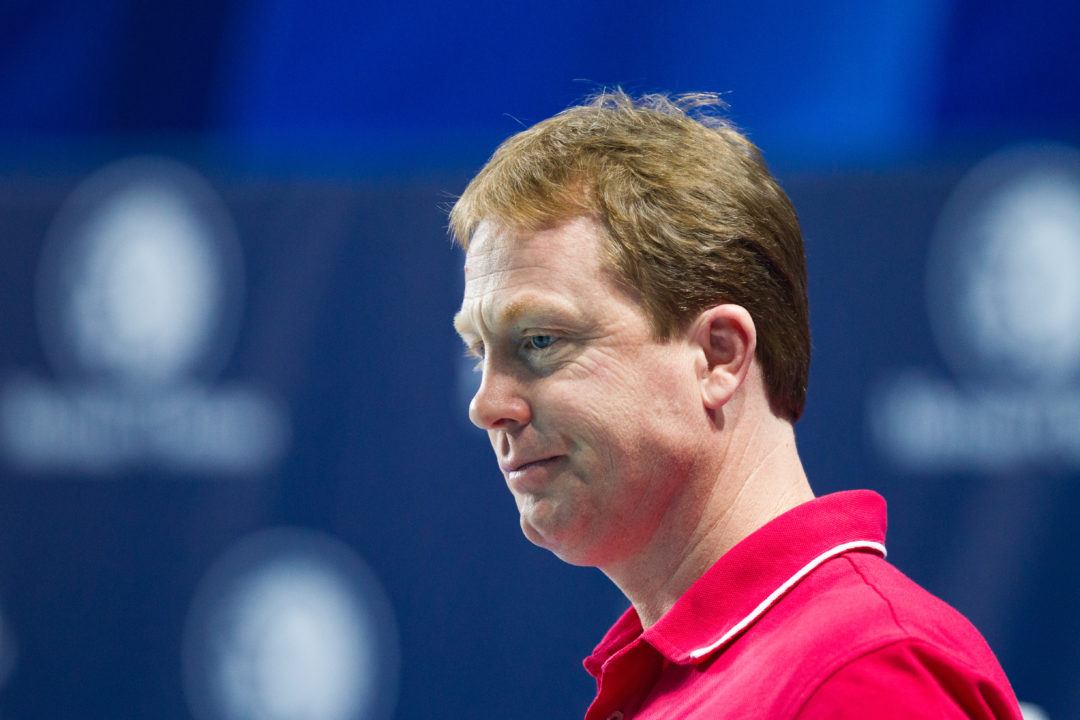 Bowe had been with the team since last summer, taking that job after three seasons at Eastern Michigan. Bowe no longer appears on the list of coaches in the IU roster page. His coaching vacancy will be filled by Hill, who took an assistant coaching job at the Old Dominion Aquatic Club in Virginia at almost the same time Bowe first started with Indiana.

Hill now spans an interesting Big Ten rivalry. Prior to Old Dominion Aquatic Club, he coached four years with the University of Michigan, currently one of the top rivals to Indiana in the Big Ten Conference. Michigan had won six straight men’s Big Ten titles before Indiana halted that run with a title of their own this season. Meanwhile the Michigan women have won the past two Big Ten titles, with Indiana second both years.

This will be the second major change to IU’s coaching staff this offseason. Legendary sprint coach Dennis Dale his spot will go to is retiring, and Coley Stickels.

Hill will serve as an assistant swimming coach for both the Indiana men’s and women’s teams effective on July 24.

“Mark Hill brings a wealth of international coaching experience to the Hoosiers fast-rising swimming program,” Looze remarked. “He has worked with some of the best swimmers in the world, and most importantly, played a key role on the 2013 NCAA national championship men’s swimming and diving team. He is a proven winner who will have an immediate effect on our world-class varsity and professional swimmers here at Indiana. Best of all, Mark has a lovely family that is very much looking forward to living in our fantastic Bloomington community.”

Hill comes to Bloomington from the Old Dominion Aquatic Club, where he has served as the head age group since last August. Prior to that, Hill served both as an assistant coach for University of Michigan from 2012 to 2016 and a Volunteer Assistant from 2009-2012.

“I am extremely excited to join the outstanding tradition of Indiana swimming and work alongside the best coaches and athletes in the world,” Hill said. “Also, Indiana has a great culture built on values like team, handwork, toughness and excellence. Those are things that drive championship swimming and I am grateful to be a part of that. I look forward to contributing to this team in any way I can to continue to its surge in the NCAA.”

While with the Old Dominion Aquatic Club, Hill worked to build an age group culture where young swimmers could thrive, achieve, and develop into strong swimmers who were ready for the next level. Hill also implemented video review sessions using underwater cameras, TIVO and Coaches Eye. During this time, Hill also founded Flow Swimming LLC. With Flow Swimming, Hill created new age clinic and camp curriculums for all aspects of the sport and continued his use of the latest technologies to update the methods in which swimmers learn and acquire skills.

One of the biggest benefactors to Hill’s coaching was Paul Powers, who was Big Ten champion and NCAA All-American in the 50-yard freestyle in both 2015 and 2016. At the 2016 Big Ten Championships, Powers became the second swimmer in Big Ten history to go under the 19-second barrier in the 50-yard freestyle, setting a Big Ten record (18.85).

While at Michigan, Hill has also served as an assistant coach on Club Wolverine Elite Team that hosted Olympic swimmers from around the world as they prepared for the Olympic Games in both the 2016 Games in Rio and 2012 Olympic Games in London. In 2016 Hill helped place 10 swimmers on their respective Olympic Teams. At the 2012 Olympics Hill coached George Bovell (Trinidad & Tobago) to a seventh-place finish in the 50 Meter Freestyle. In addition, Hill coached Bovell at the 2013 World Championships to a Bronze medal in the 50 meter freestyle with the 5th fastest time in the world of 21.51.

Hill came to Michigan after spending the two years in Florida working as an assistant on The Race Club, another high performance elite team geared toward the 2008 Olympics, where they produced silver medalist Milorad Cavic and gold medalist Nathan Adrian. During this time, he was also the head USS Age Group Coach in Key Largo and as the head high school coach at Coral Shores High School in Islamorada.

Prior to moving to Florida, Hill was an assistant coach at Washington College in Chestertown, Md., from August 2005-May 2007. Hill also served as an assistant junior coach for the 2005 Maccabi Games in Israel.

After completing his eligibility at Maryland, Hill was an undergraduate coach for the Terrapins during the 2004-05 season where he helped the women’s team win the 2005 ACC Championship.

While a varsity swimmer at Maryland, Hill was a four-time letter winner and four-time school record holder. He was selected as an All-ACC swimmer three times, winning three silver medals and two bronze medals at ACC Championship meets. A captain during the 2003-04 season, he was a two-time team MVP and recipient of the William R. Campbell Senior Award following the 2003-04 campaign.

Hill was also a five-time gold medalist at the Pan-American Maccabi Games held in Santiago, Chile. He also qualified for and competed at the 2004 Olympic Trials in Long Beach, Calif.

Hill has a bachelor’s degree in English from the University of Maryland.

Mark Hill and Stickels are going to work with the Sprint Group? On the same staff? Sounds great, but man… Good luck to Ray managing these personalities.

Sounds like he’s a double agent. Probably gonna tank the program on purpose so MI can get back on top. That rivers always flowing

Wow, second move for him & his family in such a short time? And now he will be coaching against MI!!!! Didn’t know Bottom had health issues, what happened?? Doesn’t he have young children to??

Who said Bottom has health issues?

Was in the stands at the Namesnik meet tonight and Coach Bottom was on deck looking as energetic as ever!

Sounds like he’s been making waves where ever he goes. Perhaps looking Mark as their sprint coach was the down fall of Michigan at Big 10’s this year. Is Mike Bottom leading their sprinters? And if so, is he also handling all head coaching responsibilities? Sounds like too much for one person, even for an Olympic Coach. Maybe that was the cause of Mike’s current health issues.