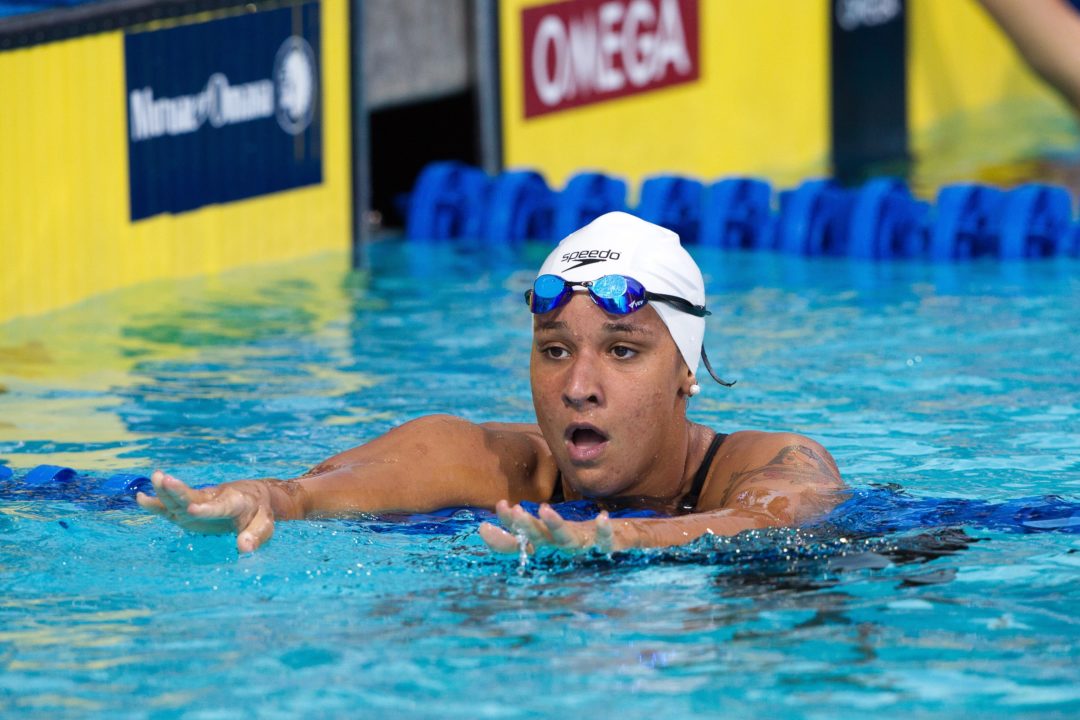 Brazilian Joanna Maranhão posted a new national record time of 4:38.07 in the women’s 400 IM collecting the bronze, four one-hundredths of a second behind Canadian Sydney Pickrem.

Maranhão broke her own record of 4:40.00, which she set at the 2004 Olympic Games where she placed fifth.

During the race it appeared that Maranhão and Pickrem were in a battle for the bronze, but in the end Canadian Emily Overholt, who finished just ahead of American Caitlin Leverenz, was disqualified.

The fastest that Maranhão has been in the last five years was a 4:40.57, which she posted at this year’s Maria Lenk Trophy in April.

The Brazilian was also not far off the South American record of 4:37.51 set by Georgina Bardach of Argentina in the 2004 Olympic final where she finished two spots ahead of Maranhão earning the bronze.