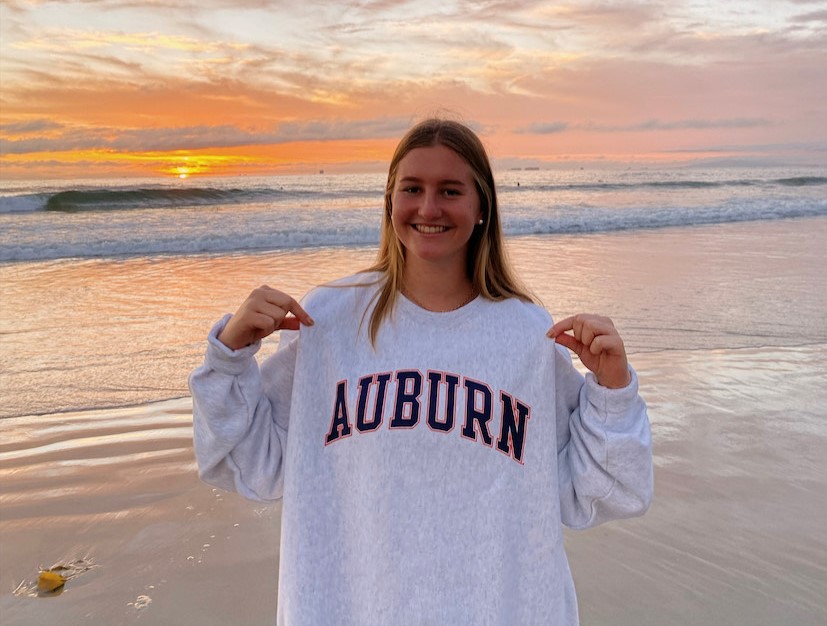 The daughter of a former US National Team member, McGuire will join the Auburn Tigers as a member of their class of 2023.

One of the top swimmers in California, Maggie McGuire has announced that she will be heading across the country in the fall of 2023 to swim for head coach Ryan Wochomurka at Auburn University. Currently, McGuire is in her junior year at Santa Margarita Catholic High School and swims club with the SoCal Aquatics Association. McGuire comes from a family of athletes. Her mom, Kristy, swam collegiately at UCLA and represented the United States at the 1995 Pan American Games. There, she earned a silver medal in the 100 back behind teammate Barbara Bedford. Her dad also competed as a professional athlete, spending 5 years in the MLB.

The Auburn women have seen a rapid turnaround in Wochomurka’s first year at the helm. After not qualifying any relays for the the 2021 NCAA Championships, the program qualified five for the meet in 2022. The team also climbed the rankings in the SEC, jumping from a 9th place finish at the 2021 SEC Championships to take 7th this year.

The team’s backstroke group was very young this season, with the program’s top finishers in both distances being underclassmen this season. The team was led by Meghan Lee, a sophomore, who was an A-finalist in the 100 back and B-finalist in the 200 back at the SEC Championships. Lee was followed closely by freshman Ellie Waldrep, who finished in the B-final of both events. Both athletes will still be on the team when McGuire arrives on campus in 2023.

With a year and a half left to improve before she joins the team, McGuire’s times would already make an impact on the Auburn roster. She would have been the third fastest performer for the team in 2022 in the 200 back, and would have ranked in the top-10 of both the 100 back and 200 free. Her time in the 200 back would have been fastest enough to qualify for the C-final at the 2022 SEC Championships.