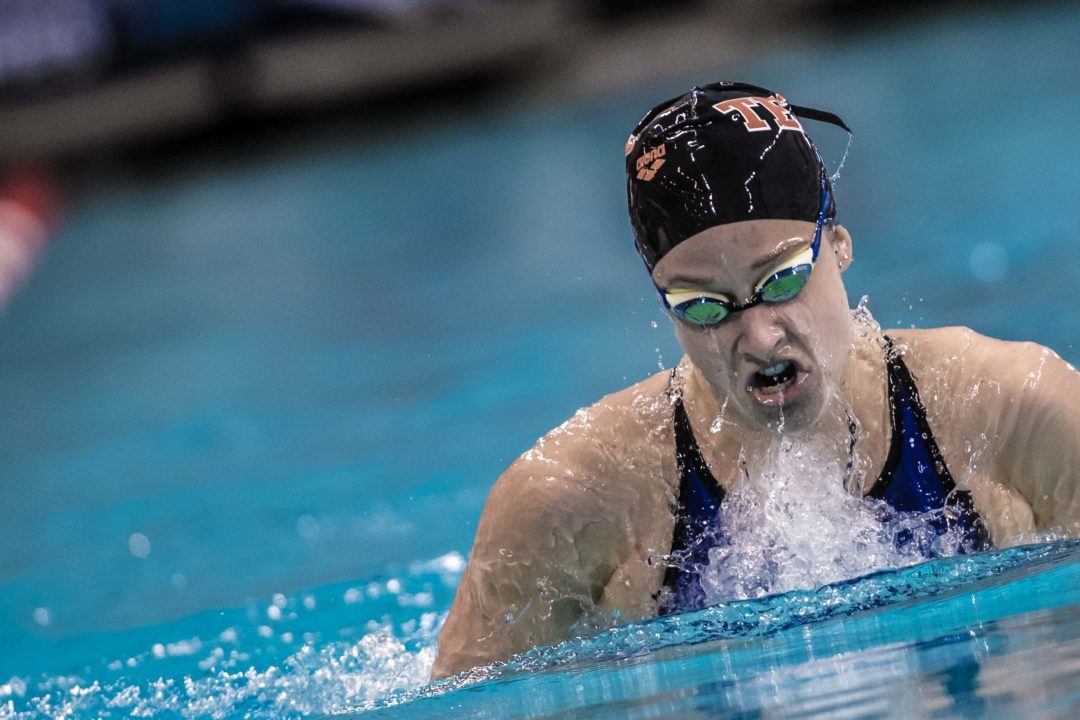 While many of the nation’s elite swimmers wrapped their pre-nationals preparations last weekend, 3 weeks out from the year’s big qualifying meet, in Texas, there’s still a block of athletes who will race in this weekend’s Austin Sectionals to fine-tune their racing.

That includes elite swimmers and National Team members based out of the state’s top two college programs: the University of Texas and Texas A&M.

Among the swimmers present will be Will Licon and Andrew Wilson. While Wilson is entered in only the 100 breaststroke, which is his best shot at the Pan Pacs team and an event where he’s the fastest American so far in 2018 (59.19); Licon will take on 3 races: the 100 breaststroke, 200 breaststroke, and 200 IM. That means no 400 IM – which has become one of the bigger annual ‘will he, won’t he’ questions for Licon’s National Championships schedule.

Also swimming this weekend in Austin:

Is Jack Conger training at Texas or NCAP

Did anyone do any reporting as to why Madyson hasn’t swum in any meets this summer?
Not sure Wilson agrees that the 100 is his best shot. His times in each are pretty equal IMO.
Will Licon is done with 4im long course so not really a question of “will he, won’t he”. No chance he swims it in Irvine!

Can’t really blame anyone for not wanting to swim the 4IM LCM.

We asked Texas what was up when Cox scratched the Mesa meet and were told she was finishing up school and had some conflicts, but her absence wasn’t injury-related.

And Santa Clara and Columbus? She had teammates and head coach at both.

Simply because there is a contingent from Texas swimming at those meets doesn’t mean one particular swimmer will definitely be there. I’ve had several of my top swimmers sit out the Santa Clara meet each year while I bring some of the others to the meet.

Totally agree. Just curious why she has not swam a single race since March?!?