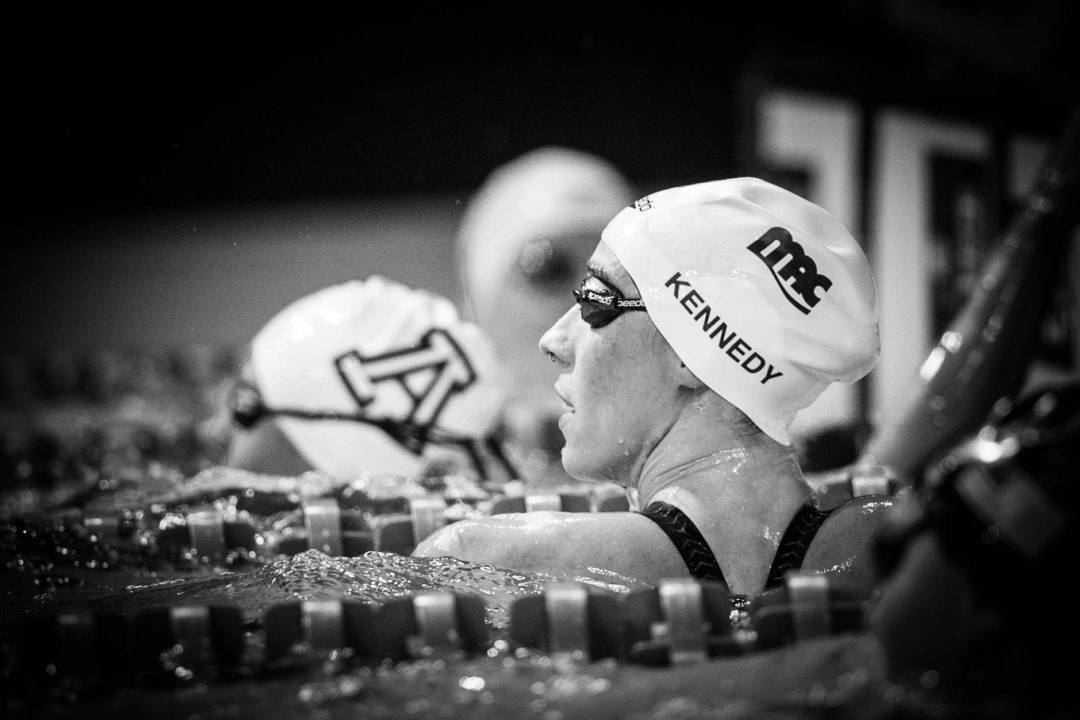 Former Yale sprint star Aaron Greenberg posted a lifetime best to take the men's 50 free. Greenberg swam a 22.61, knocking .02 seconds off his previous personal best of 22.63, which he swam at the Indianapolis Pro Swim Series back in May. Stock photo via Mike Lewis/Ola Vista Photography

On the 3rd day of the North Carolina Swimming Senior Champs, Madison Kennedy threw down a speedy 25.02 50 free to claim victory by well over a second. Kennedy, who is a SC World Champs Silver Medalist and finished 3rd at the 2016 Olympic Trials, has a personal best of 24.32 from the 2016 Trials. Her time ties for her 2nd fastest of the season, behind her 24.88 from April. Kennedy is seeded 8th at Nationals next week, where the 50 free is going to be held on the final day.

Former Yale sprint star Aaron Greenberg posted a lifetime best to take the men’s 50 free. Greenberg swam a 22.61, knocking .02 seconds off his previous personal best of 22.63, which he swam at the Indianapolis Pro Swim Series back in May. Greenberg is not swimming at Nationals next week, but time would have seeded him 18th.

So Madison Kennedy doesn’t train with the Team Elite crew in Charlotte?

She trains on her own. She has said it in interviews in the past.