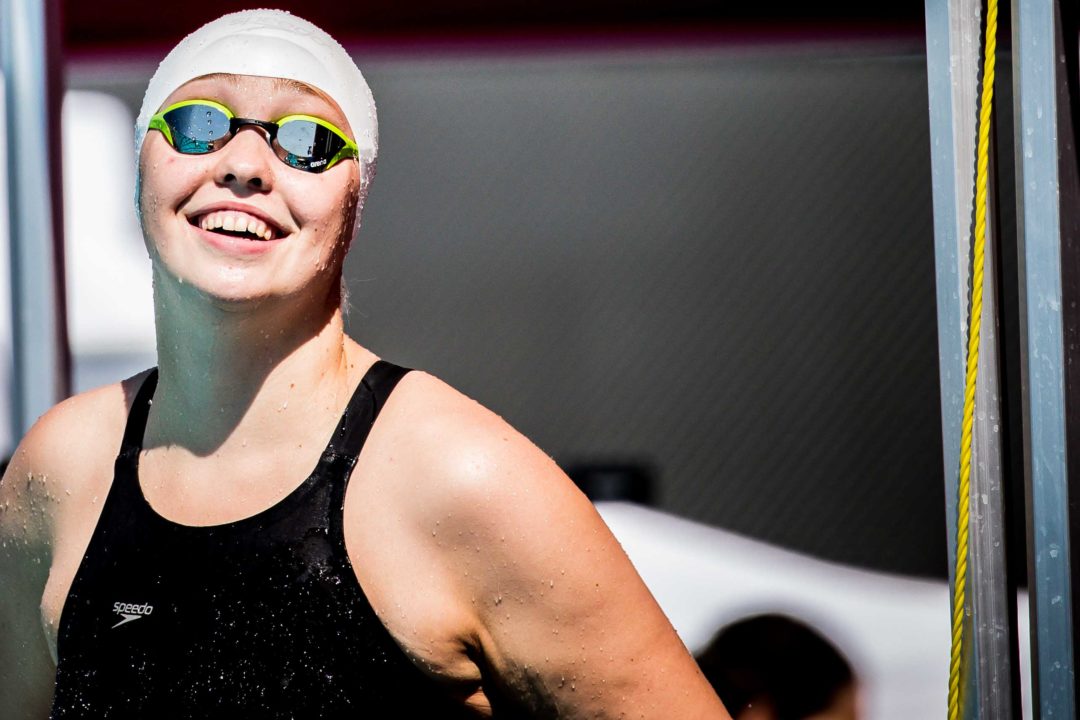 Padington, who is currently taking an Olympic redshirt year, placed third in both the 500 and 1650 free at the 2019 Women's NCAA Championships. Archive photo via Jack Spitser/Spitser Photography

Three-time NCAA First Team All-American Mackenzie Padington will be joining the NC State Wolfpack for the remaining two years of her college career, beginning in the upcoming 2020-21 season. She is the 2nd big pickup for NC State on Wednesday, joining former SMU breaststroker and AAC conference champions Andrea Podmanikova.

The 20-year-old Canadian made the announcement on Instagram Wednesday evening.

Excited to get to spend the next 2 years of my university career at @packswimdive. Thanks to the staff and everyone on the team that made this decision so easy.

This move comes just over two weeks after Padington announced that she would not be returning to Minnesota — where she spent her freshman and sophomore years — in the upcoming campaign. This season, the two-time World Championship team member is taking a redshirt year to focus on the Canadian Olympic Trials, which will take place shortly after NCAAs in late March and early April.

Padington heads to an NC State program that has experienced plenty of success in the distance freestyle events lately, including having the 2018 NCAA men’s 1650 champion Anton Ipsen, and Hannah Moore, an NCAA All-American in both the women’s 500 and 1650 in all three of her years with the Wolfpack. (Though the distance coach for much of that success, Gary Taylor, has since left to become the head coach at Auburn.)

In her sophomore season (2018-19), Padington finished third at NCAAs in both the 500 and 1650 free and was Minnesota’s second-leading scorer with 32 individual points.

No Gary Taylor, but DKups is gonna be the goat.

The annual Cal Stanford national title battle will be replaced with NC State vs UVA.

Wow – huge pickup. The NCST-UVA battles over the next couple of years are gonna be intense!