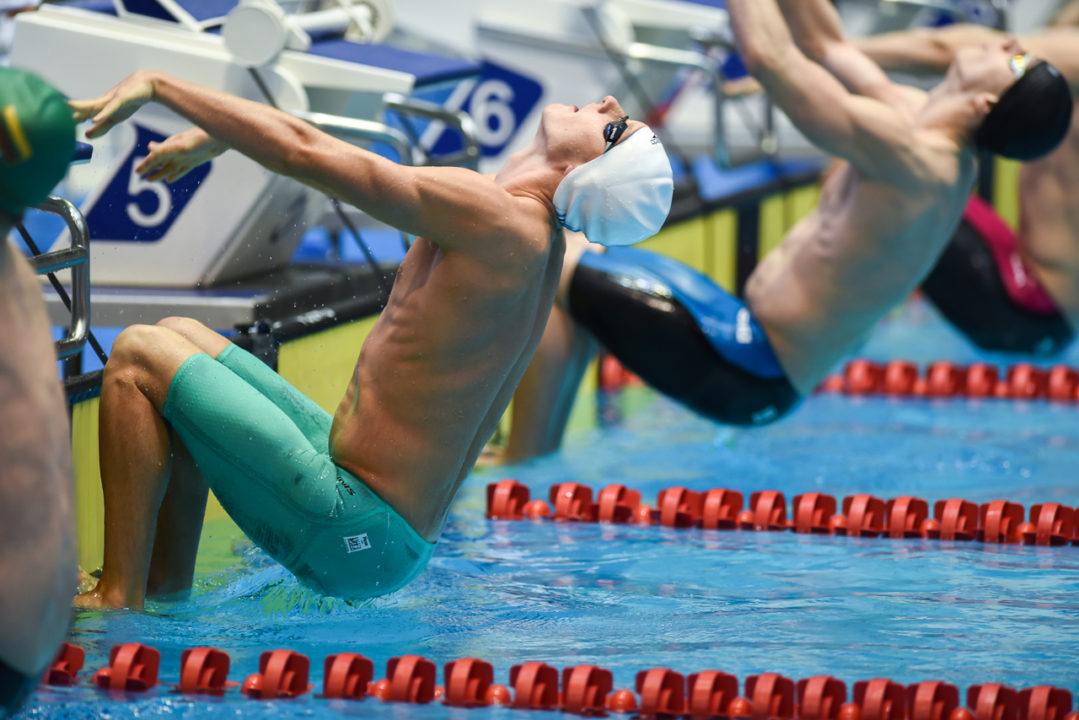 Greenbank, who entered the ISL season having never broken 1:50, has taken the British Record all the way down to 1:48.65. Archive photo via Peter Sukenik/www.petersukenik.com

London Roar swimmer Luke Greenbank continues his run of resetting the British Record in the men’s 200 backstroke inside the ISL bubble in Budapest, now having cracked the 1:49-barrier in 1:48.65

Greenbank, 23, undercuts his previous record of 1:49.31 set in the semi-finals, and has now brought the record almost a full second and a half under where it stood coming into the season.

Greenbank made the biggest inroads on his old record on the opening 50, but was faster on all four 50s to blow by the record by over six-tenths.

In the all-time rankings, the Brit elevates himself into 13th, previously sitting in a tie for 21st.

The event was won by Energy Standard’s Evgeny Rylov, a Russian native, who narrowly missed the European Record of 1:46.11 in a time of 1:46.37.