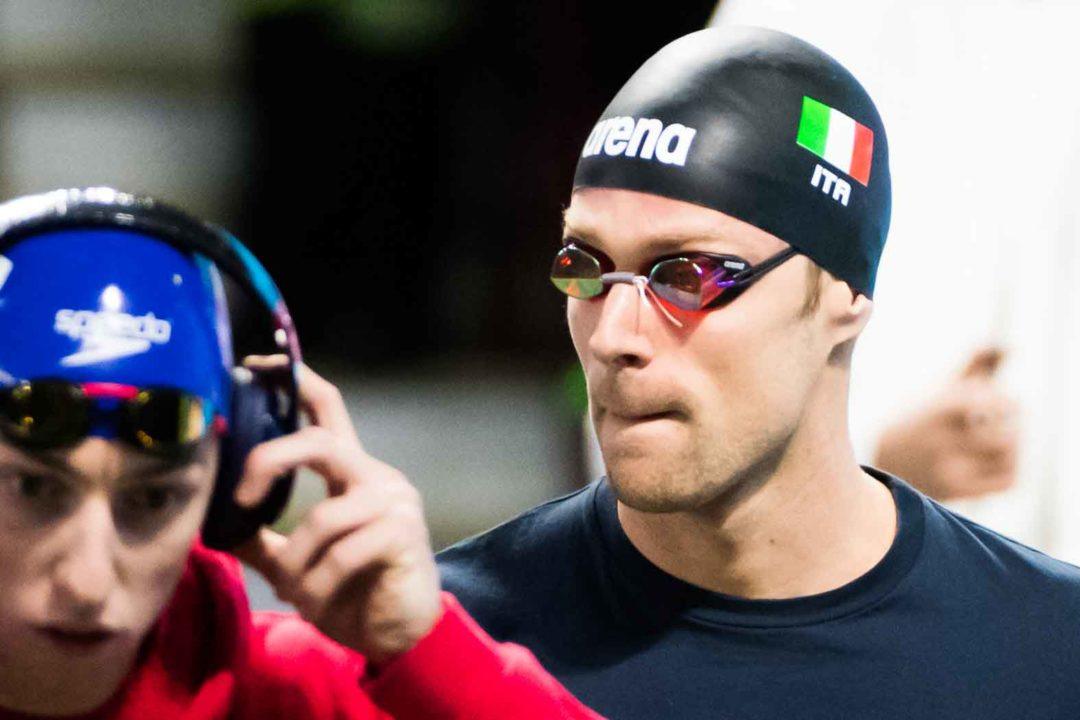 Dotto, the first Italian man under 48 seconds in the 100 Long Course Meters freestyle, will join his home-country team in the first season of the ISL. Archive photo via Mike Lewis/Ola Vista Photography

International Swimming League team the Aqua Centurions, based out of Rome and managed by Italian superstar Federica Pellegrini, have announced Luca Dotto as their latest signing for the 2019 season.

Well behind the announcement pace of the rest of the European teams, this is only the team’s 4th announced athlete, and the first male.

The 29-year old Dotto was the first Italian man under 48 seconds in the 100 long course meter free when he swam 47.96 at the 2016 Italian Championships. That stood as the National Record until August of 2018, when Alessandro Miressi swam 47.92.

Dotto is a 5-time European Champion, focused in sprint freestyle races, and was the 2011 World Championship silver medalist in the 50 long course meter freestyle.

In long course, he hasn’t been any best times since 2016, though he’s shown more recent improvements (December of 2017) in short course meters – the course of the ISL’s inaugural season.