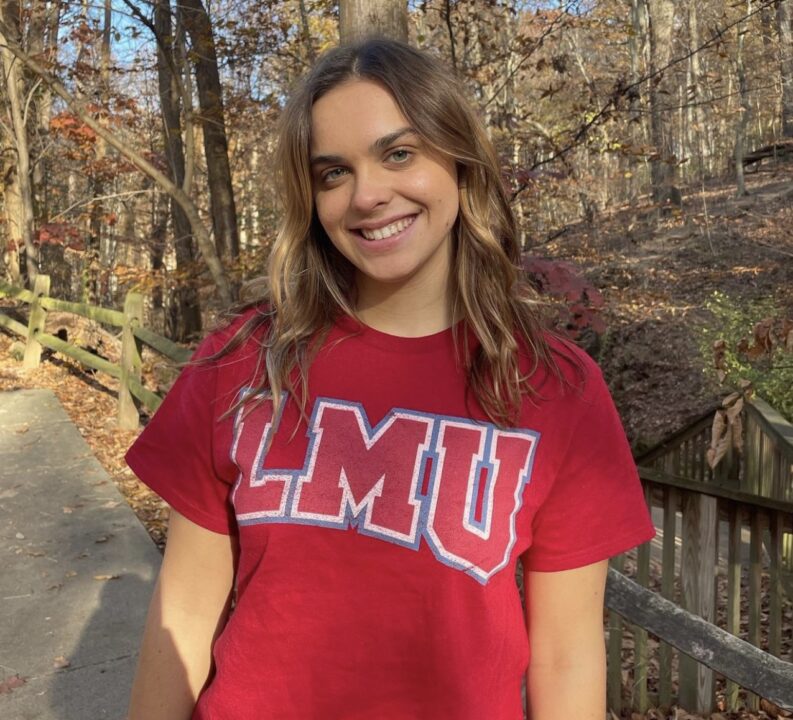 Deabler will be a huge addition to the team in multiple events when she travels from Virginia to California in the fall of 2022.

A versatile sprinter and Sectionals qualifier, Ashley Deabler of the Arlington Aquatic Club in Arlington, Virginia has announced that she will be going from one coast to the other this fall, committing to swim at Loyola Marymount University. Deabler also competes for her high school, Yorktown High School, one of the top high school programs in the state.

During her first three years of high school, the team has finished third on two occasions at the state championship meet and won the meet in the spring of 2021. Joining Deabler on those state teams was United States Olympian Torri Huske, who finished 4th in the 100 fly at the 2020 Olympic Games. Huske is currently in her freshman season at Stanford.

“I am so psyched to announce my verbal commitment to swim and study at LMU ! I want to thank my parents, swimmates and classmates, coaches, and teachers for all their support. Specifically I wish to call out my club coaches Evan & Matt for their encouragement and my new coach, Bonnie for being such a great mentor in this decision.”

In February of 2019, Deabler competed at the VHSL 6A State Championships, leading off her school’s 200 free relay. There, she hit a new lifetime best during finals, touching in 24.93. That swim helped her relay team to a 5th place finish in the event.

Loyola Marymount is coming off of a season that saw them finish in 3rd at the Pacific Collegiate Swimming Championships. The team was led at the meet in points by Abigail Shaw, who was an A-finalist in the 50 and 100 free, as well as the 100 fly. Her highest finish came in the 100 fly, where she finished 4th with a time of 57.11.