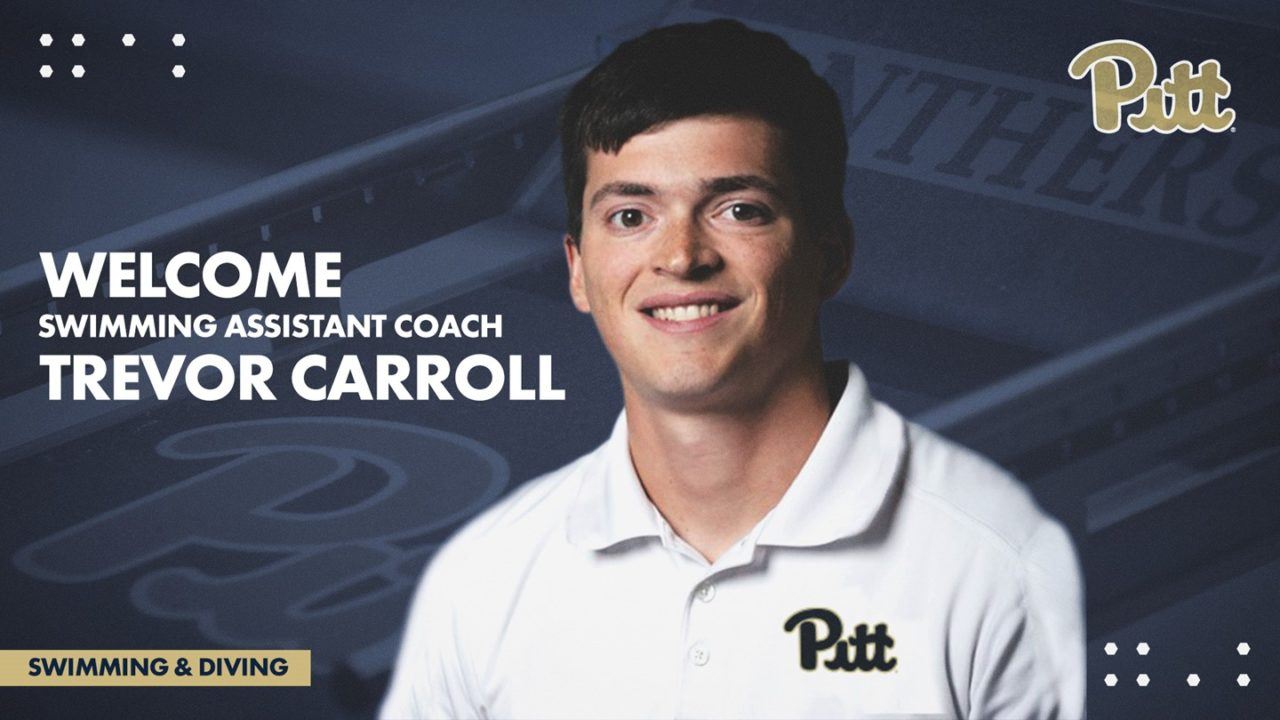 Jesse Moore will make the move to Hanover, New Hampshire, from the University of Minnesota, where he worked as the associate head coach the last 3 seasons.

Former Louisville standout Trevor Carroll has been named to the coaching staff at the University of Pittsburgh remaining in the ACC after a season volunteering with his alma mater.

Carroll competed for Louisville from 2013 to 2017, finishing inside the top 10 at ACCs in all three of his individual events during his three seasons in the conference. Carroll’s freshman year was in the AAC, before Louisville moved conferences.

After wrapping up his collegiate eligibility in 2017, Carroll served as a volunteer assistant coach for the Cardinals last season. He also spent two seasons coaching the Lakeside Swim Team, a club in Louisville.

He’ll join Pitt’s staff as of Monday, October 15. John Hargis is in his third season as head coach for the men’s and women’s programs. Also new to the program is Justin Andrade, who was hired in May. Head diving coach Katie Hazelton and assistant coach Rebecca Westfall are both in their second seasons with Pitt.

Pitt’s full press release is below:

Carroll joins the Panthers after spending the 2017-18 season as a volunteer assistant coach on Arthur Albiero‘s staff at Louisville, where Carroll also competed at for the Cardinals from 2013-17.

“I’m very excited to welcome Trevor to the Panther family,” Hargis said. “Trevor’s passion for swimming and his leadership ability are well-known throughout the conference. His experience as a successful athlete in the ACC will be a tremendous asset to our staff. We’re thrilled to be able to add another dynamic coach and quality person to our program.”

“In talking to Coach Hargis, his vision for Pitt swimming & diving made me extremely excited about this opportunity,” Carroll said. “Staying in the ACC is awesome. I’ve been around this conference for several years and seen what it takes to compete at the top of what I believe is the best conference in collegiate swimming. I’ve known that I wanted to become a coach for several years, and I’m very appreciative of John and the administration at Pitt for giving me the chance to work at this prestigious University.”

On staff with Louisville last season, Carroll assisted as the Cardinals produced their best season in the school’s swimming & diving history. Both Louisville programs finished second at the ACC Championships, with the women earning a fifth-place finish at NCAAs and the men placing ninth at nationals.

Carroll has also spent the last two seasons coaching the Lakeside Swim Team in Louisville, earning team medals in 2017 and ’18 as one of the top club swimming programs in the country.

As an athlete, Carroll helped the Cardinals transition seamlessly from the American Athletic Conference to the ACC during his successful four-year career as a freestyle specialist.

As a freshman, Carroll competed on two AAC-winning relays and placed on the podium individually in the 200 free and 500 free at the AAC Championships before helping Louisville’s 800 free relay earn a top-10 finish at the 2014 NCAA Championships.

In his final three seasons at Louisville, Carroll consistently proved his himself in the ACC after the Cardinals joined the conference while also performing on the national stage at the NCAA Championships.

In total, he earned nine individual top-10 finishes at the ACC Championships with three podium finishes in freestyle events ranging from the 50 free to the 500 free. Carroll was also a 14-time All-American in his final three seasons at Louisville, helping the Cardinals’ relays reach several national finals while earning individual All-America honors as well.

Carroll also excelled in the classroom as an exercise science major, becoming a three-time All-ACC Academic honoree and graduating from Louisville in 2017.

Carroll will begin his coaching duties at Pitt on Monday, Oct. 15. He is engaged to Andrea Acquista, who qualified for the NCAA Championships during a stand-out diving career at Louisville from 2013-17.

Congratulations Trevor…, strong hire and will be outstanding coach.