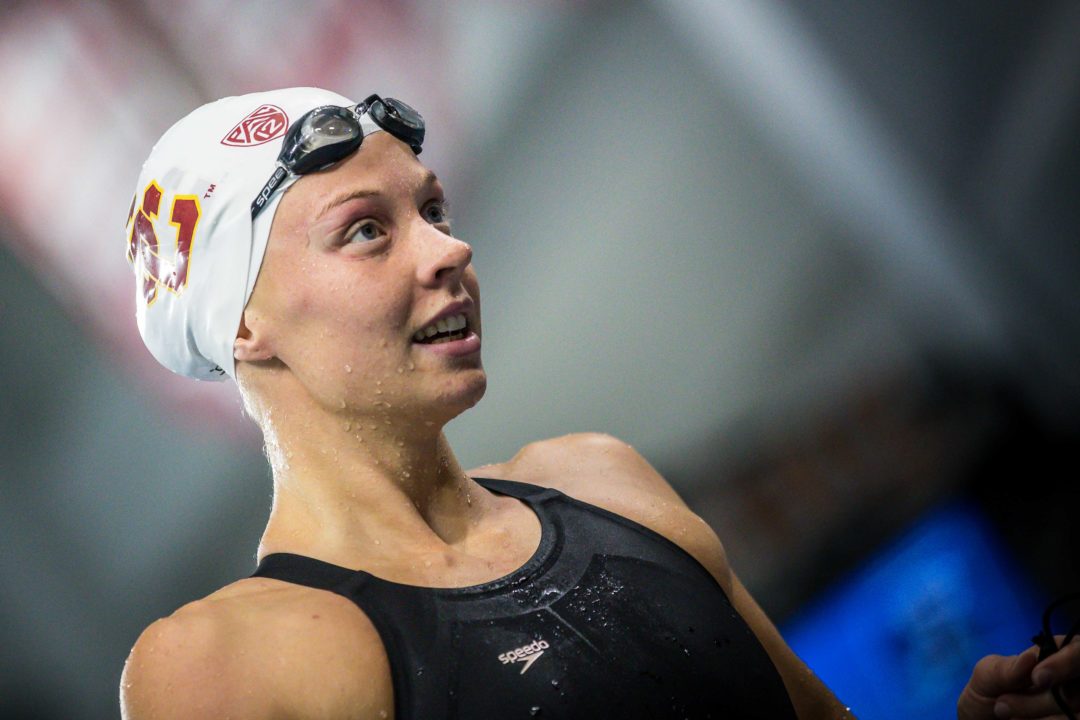 The top 2 finishers in this 100 fly were both rookies, as Toronto Titans’ Louise Hansson got it done to finish first for 10.0 points Current photo via Jack Spitser/Spitser Photography

The top 2 finishers in this 100 fly were both rookies, as Toronto Titans’ Louise Hansson got it done for 10.0 points, jackpotting Aqua’s Haley Black for 1 point. The NCAA 100 fly record holder narrowly touched out a charging Tokyo Frog King member is Suzuka Hasegawa, who wrangled up 6 points of her own.

In this event, Sarah Sjostrom still owns the fastest time of the league thus far with a match #1 time of 56.00, showing that ENS is the team to beat now that we’ve seen all of the teams.