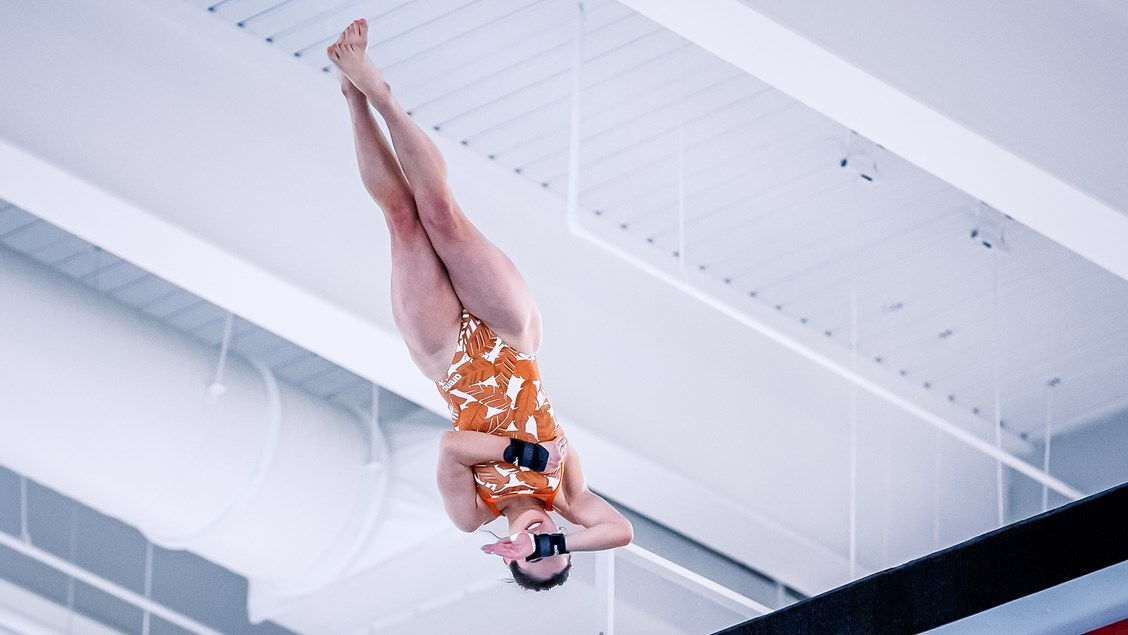 During day three of the Texas Diving Invite, Texas scored major points on women’s 1-meter where junior Bridget O’Neil won the event with 316 points. O’Neil, the 2021 Big-12 Champion on 3-meter, is having a strong meet after placing fourth on 3-meter on day two. She was one of three finalists from Texas in the 1-meter final on Friday, followed by senior Jordan Skilken who placed fourth and Tokyo Olympian Hailey Hernandez, a sophomore, who placed fifth.

There were similar big names in the women’s 3-meter competition on Thursday where Schnell took first, Pellacani second, and Hernandez third.

On the men’s side, Stanford sophomore Jack Ryan followed up his third-place finish on 1-meter on Thursday with a win in the men’s 3-meter final on Friday night. Ryan, the 2022 Pac-12 Diving Freshman of the Year was Pac-12 runner-up on 1-meter last season.

In Friday night’s 3-meter final, Ryan was closely followed by Texas junior Noah Duperre who scored 407 points, and Texas A&M sophomore Allen Bottego who earned 387 points. While it was a huge win for Stanford, overall, this was a strong event for Texas and Texas A&M who had two finalists each.