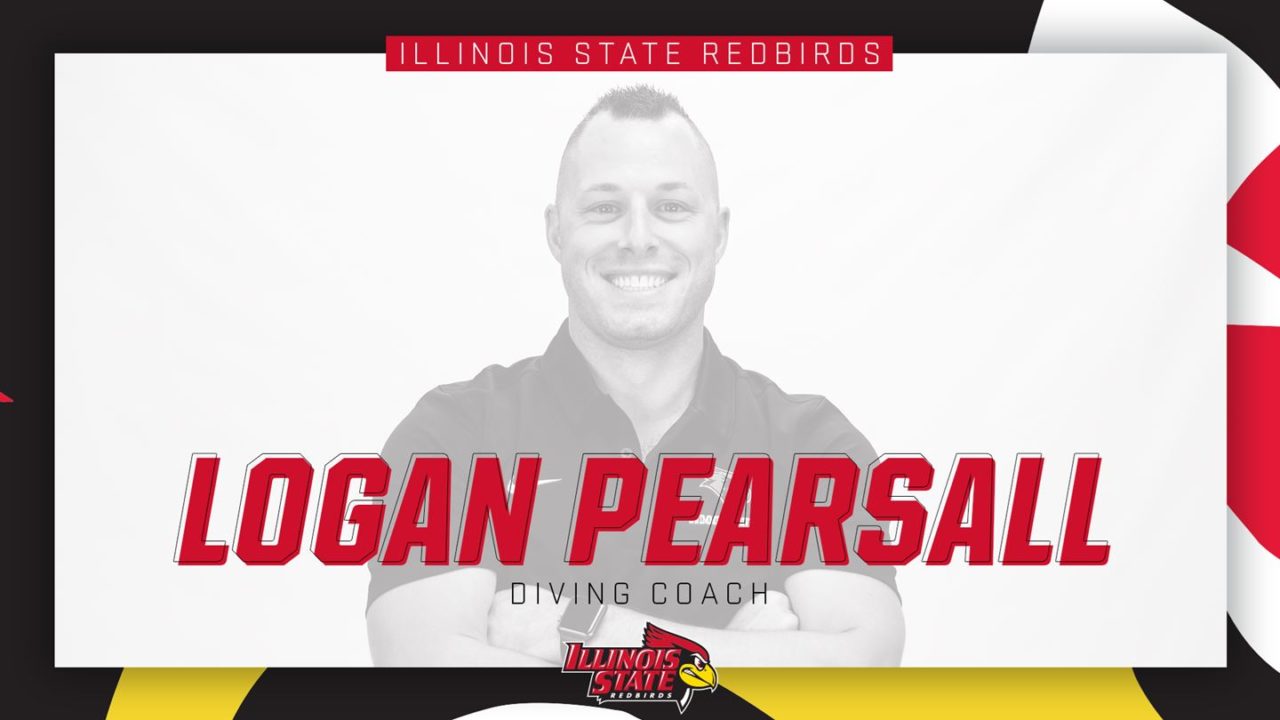 Pearsall will replace Phil Hoffmann, who was the head diving coach for 13 seasons. Current photo via Illinois State Athletics

“I am excited to welcome Logan (Pearsall) to the Redbird family,” Hamilton shared. “Logan is coming to Normal with an extensive background in diving that is filled with proven success. My goal in the hiring process was to find someone who fit in with our program’s core values of family, growth and honesty. Between Logan’s background and personality, he has shown that he is just as committed to those values as we are. The future is bright for this program, and I fully believe that Logan is going to help us build the championship culture we are striving for.”

“I’m honored and grateful to have this opportunity to become a part of the Redbird family,” Pearsall expressed. “In speaking to the coaching staff, their passion and commitment to the program makes me excited to dive in and get started, while seeing what new highs are on the horizon for the Redbird divers and swimmers. I plan to get started with the recruitment of top athletes and set our sights on the NCAA Division I Championships. I would like to thank Coach Hamilton and the Redbird community for the warm welcome to Normal and ISU.”

In his six seasons with the Mavericks, his student-athletes have accumulated 34 all-America performances as well as 13 honorable mention all-America efforts.

Pearsall coached his and CMU’s first individual national champion during the 2017-18 season in Ammar Hassan who won the NCAA Division II title on both the 1- and 3-meter springboards, while breaking the NCAA 3-meter national record. Hassan, who has also represented his native Egypt at the 2017 and 2019 FINA World Championships, also won both NCAA Division II titles in in 2019.

For his efforts, Pearsall was tabbed as the College Swimming & Diving Coaches Association of America (CSCAA) NCAA Division II Men’s Diving Coach of the Year in both 2018 and 2019.

Additionally, Pearsall has guided his divers to a total of nine Rocky Mountain Athletic Conference Diver of the Year plaudits, a major factor in CMU’s 2019 and 2020 RMAC overall team title sweeps.

Prior to Colorado Mesa University, Pearsall served as the head diving coach at Pace (N.Y.) University, where he coached three women qualifiers for the NCAA Division II National Championships and the school-record holder. During this time, Logan also coached with Whirlwind Diving, one of the best age group programs in the Northeast. While there, he was instrumental in the coaching and development of numerous national qualifiers as well as regional and national champions. He also coached at Wheaton College where his divers rewrote the record board as well as qualified for the NCAA Division III National Championships.

A native of Port Allegany, Pennsylvania, Pearsall is a 2010 graduate of Clarion University where he earned numerous accolades including four NCAA Division II diving championships between the 1- and 3-meter springboards and was a 6-time All-America. His four NCAA titles tie him for the most ever in NCAA Division II men’s diving, a record his pupil Hassan now shares.

Big hire! Illinois State divers about to rule the MVC 💪🏻

Congratulations Logan! I am so proud of you!