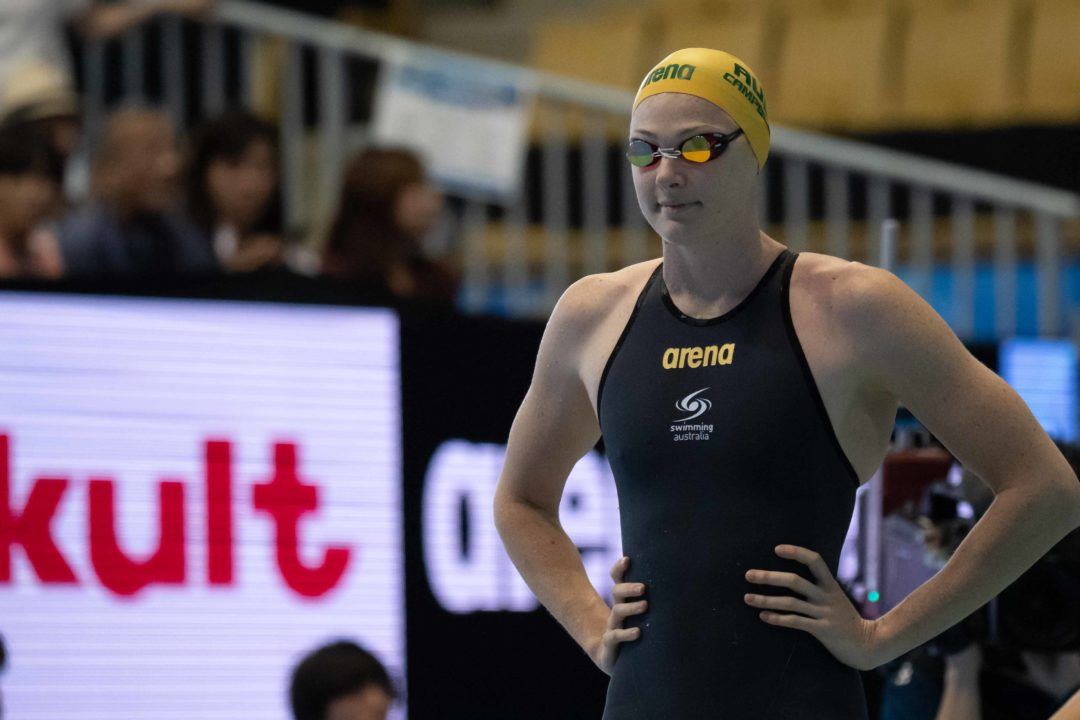 The Australian Olympic Committee has announced that sprinting superstar Cate Campbell will be one of twelve athletes participating in Wellbeing Week. Archive photo via Mike Lewis/Ola Vista Photography

The Australian Olympic Committee has announced that sprinting superstar Cate Campbell will be one of twelve athletes participating in Wellbeing Week.

Campbell will appear during the show themed “empower your mental health” on September 10, alongside surfer Owen Wright and Dr. Simon Rosenbaum. All episodes will be hosted by another aquatic athlete, water polo Olympian Amy Jones, and will premiere daily from 1:00-1:30pm AEST. All episodes will be available to stream on the Australian Olympic Team’s Facebook and YouTube channels.

AOC CEO Matt Carroll released a statement about the shows, saying, “This is a crucial time to shine a spotlight on the importance of mental health. Like people right around the world, athletes are doing their best to adapt to the unprecedented challenges and disruption to daily life caused by this pandemic.”

“Wellbeing Week will provide an opportunity for Olympians and experts to share their own journeys and passions away from sport to help inspire Australians to take steps to improve their own well-being.”

Since making the Australian Olympic Team back in 2008, Campbell has become a staple on the world stage in swimming. After picking two bronze medals in Beijing in the 50 freestyle and 400 freestyle relay, she went on to win gold medals as a member of the 400 freestyle relay in 2012 and 2016 as well. Prior to the 2016 Olympics, Campbell set the world record in the 100m freestyle with a time of 52.06, although the record has since been broken by Swedish superstar Sarah Sjostrom.

Ha! My congresswoman Alexandria Ocasio Cortez is inside your head if you thought of her when you saw a headline about an Australian swimmer. That said, if Cate spent a week with my AOC she’d be winning gold medals and dominating on relay anchor legs.

“Whatever u do, DONT choke during an Olympic final.”