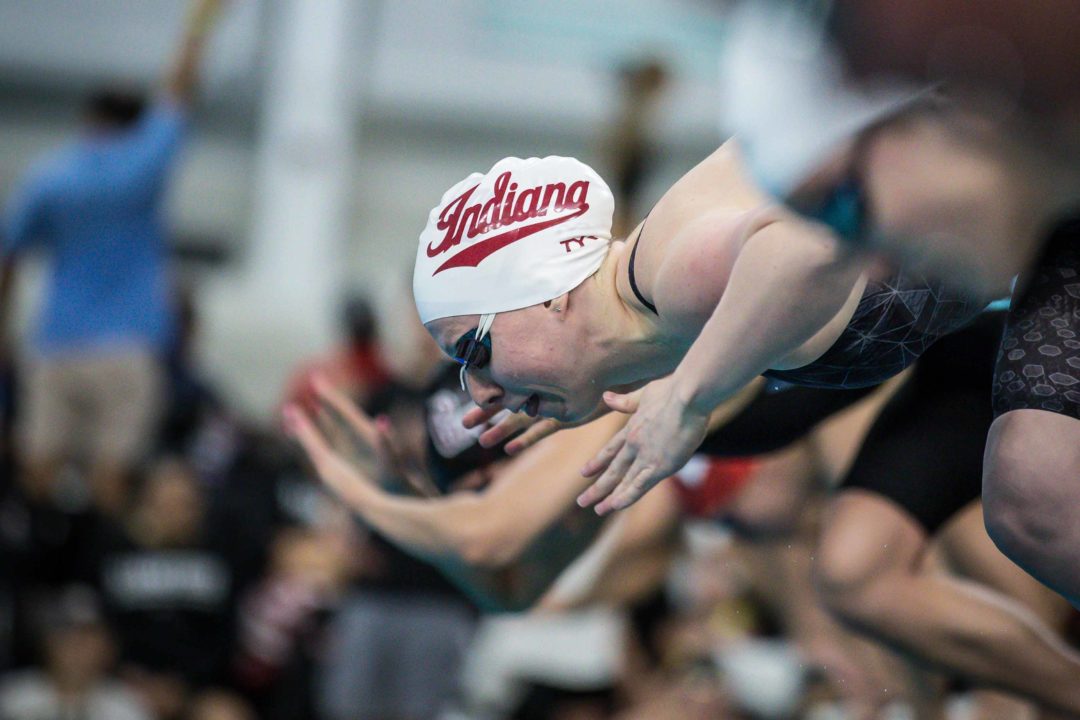 BLOOMINGTON, Ind. – The Indiana University Department of Athletics on Tuesday that women’s swimmer Lilly King and men’s soccer’s Andrew Gutman have been named IU’s 2018-19 Athletes of the Year.

“Indiana University Athletics has a long and rich history of students who have separated themselves with their extraordinary athletic accomplishments, and Lilly King and Andrew Gutman are members of that elite list,” said IU Vice President and Director of Intercollegiate Athletics Fred Glass. “Each was honored nationally as the best in their sport this season, and each led their team to a Big Ten title and NCAA Championship success. Congratulations to Lilly and Andrew on being named IU Athletes of the Year.”

King is the first athlete in school history to be named IU Athlete of the Year on four occasions, while Gutman is the ninth men’s soccer player to earn the accolade.

King will leave Bloomington as one of the finest athletes in the history of Indiana University. During her senior season, King completed her four-year sweep of both the 100 and 200-yard breaststrokes at the NCAA Championships, giving her eight titles in her illustrious career to become the first woman in NCAA history to win eight breaststroke championships.

“Lilly King has been the most transformative swimmers in Indiana university’s women’s athletic history,” IU head swimming coach Ray Looze remarked. “The win this prestigious award four years in a row is very humbling given all the great athletes produced each year by Hoosier athletics. It has been a blessing to coach her these past four years.”

A two-time Big Ten Female Athlete of the Year award winner, King was named Big Ten Swimmer of the Year three times and was also tabbed the 2018-19 Honda Sports Award winner for swimming and diving.

After a standout senior season for the Hoosiers, Gutman earned the most prestigious honor in all of collegiate soccer, as he was named the winner of the 2018 MAC Hermann Trophy.

A unanimous First-Team All-American and selection as Big Ten Defender of the Year and First-Team All-Big Ten, Gutman also earned First-Team All-North Region accolades this past season. Gutman led the Hoosiers with 11 goals on the season to go with nine assists.

“Andrew had a special senior year leading our team to championship success on and off the field,” Indiana head coach Todd Yeagley said. “It’s very difficult for a defender to be named national player of the year. Andrew will be remembered as one of the elite players of Indiana soccer.”

Along with all his offensive efforts, Gutman was one of the best defenders in the country, helping the Hoosiers post a NCAA-best 15 shutouts on the season and allow just 13 goals on the year.

For his career, the Hinsdale, Ill. native started all 90 matches he appeared in for the Hoosiers, scoring 20 goals with 17 assists. Gutman also earned All-America honors is 2017 and was a four-time All-Big Ten and All-Region honoree, as well as a two-time Academic All-Big Ten standout.