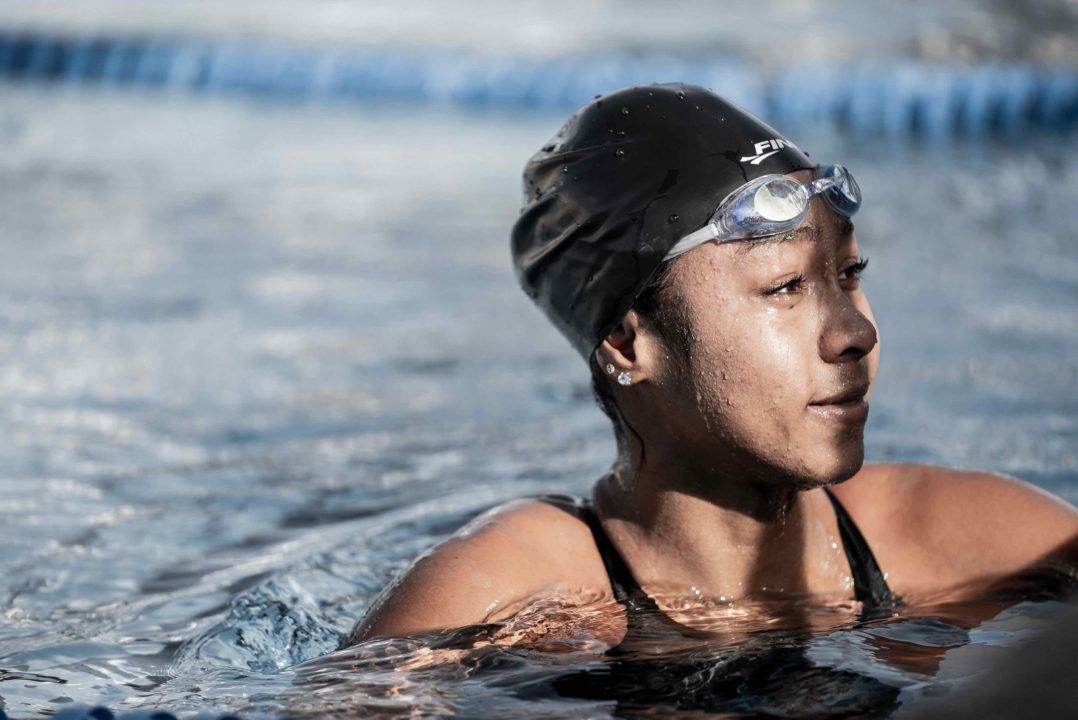 New York native Lia Neal will represent her home state in ISL and hopes the visibility of a pro team will encourage children to enroll in swim lessons. Archive photo via FINIS

Olympian Lia Neal was announced Tuesday as a member of the New York Breakers, one of the American teams in the International Swimming League, getting the opportunity to represent her home state.

Neal, a 2012 and 2016 Olympic medalist, is a native of Brooklyn, New York, but attended Stanford and now trains with Team Elite in San Diego, California. On her trips home, however, she volunteers with Swim Brooklyn, a learn-to-swim initiative founded in part by her brothers. She teaches lessons and makes appearances at clubs around the city.

“It’s just kind of letting New York know that like, ‘oh, look, this big like hub city that is stereotypically so cramped without a 50-meter pool produced an Olympian,'” Neal told SwimSwam. “So that was my first Olympics in 2012, and just letting them know that it’s possible. And just raising some awareness in urban areas, urban communities, specifically to New York just because that’s where I’m from and that’s where it started.”

Neal is proud to participate in a sport that, when shared, can save lives. She hopes to one day expand the efforts out of state.

“My goal is to spread it into more cities around the country and just really bring swimming to the forefront of people’s minds and letting them know that it is a sport that they can pursue, and not only is it a sport that maybe they have untapped potential in because they’ve never considered it before, but also it’s a lifesaving sport.”

The thought of a professional swim team representing her home state is, understandably, not one that ever crossed Neal’s mind growing up. But she hopes increasing the visibility of professional swimmers will inspire Swim Brooklyn’s target demographic to pursue swimming. Additionally, if the team Breakers do ever convene in New York, they could even help out with the clinics.

“I can only hit up so many club teams and foundations. The more people that would be willing to get involved, the better, because you can never have  too much help trying to advocate water safety and also pursuing a future in swimming, whether that be swimming through like high school and then going to college or making it a career, or going to the Olympics or whatever that may be,” Neal said.

“Hopefully we’ll garner the attention of a lot more people and kids, and interest parents to enroll their kids into swim classes or just reach out, have them just see how cool it is to watch swimming on TV, and want to emulate that. Because that’s that’s how I got into swimming.”

Check out Neal’s website to find out more about her learn-to-swim initiative involvement.

Lia is simply the best!! The swimming world is so lucky to have her