Lewis Burras Off UVA’s Roster, Returns to Dubai For Now 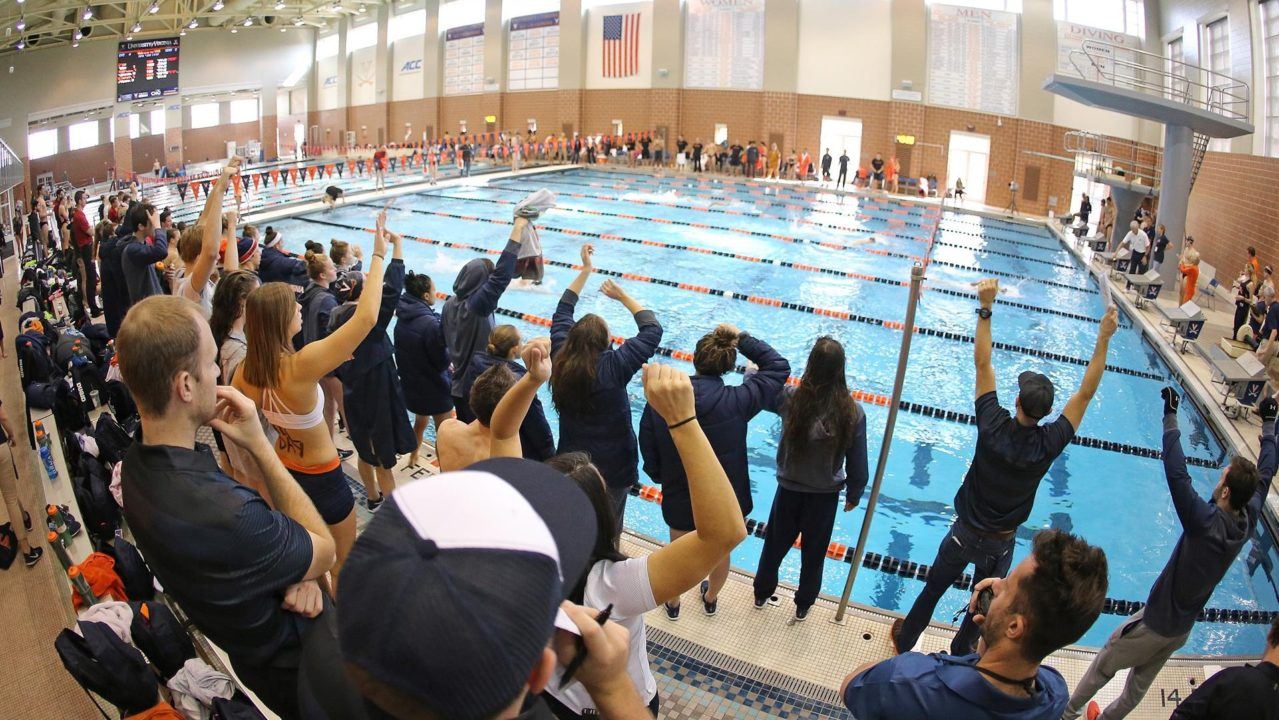 British sprinter Lewis Burras is off UVA's roster and headed back to Dubai, after less than a semester with the Cavaliers. Current photo via Virginia Swimming

Lewis Burras, who lives in the UAE, but represents Great Britain internationally, has left the University of Virginia after less than a semester in Charlottesville. Burras’s name no longer appears on UVA’s roster, and Hamilton Aquatics, Burras’s club team when he lived in Dubai,  posted yesterday on Instagram that Burras was returning home to continue training there as he focuses on making the British national team for senior-level competition.

SwimSwam reached out to Burras, who elaborated:

Unfortunately I have left UVA, but I am now looking to transfer to another school in the country. I am at home for a very short period until I can sort something out. I’d like to personally thank all the UVA staff for always helping me when needed, but unfortunately some things just do not work out. I am however excited to look for a new team and swim at a high level and earn a degree.

It’s difficult to precisely gauge the impact that Burras’s departure will have UVA in terms of ACCs and NCAAs. He won the 50 and 100 free at multiple duel meets this season, posting best times of 20.400 and 44.70, and regularly anchored Virginia’s medley relays, but didn’t swim at the UGA Fall Invite, so we didn’t see him tapered/suited at all. Still, he would’ve been a safe bet to score a good amount of points at ACCs, at least.

In Burras’s absence, junior Ryan Baker anchored Virginia’s medley relay at the Georgia Invite, and he’ll probably continue to do so during the spring season. Baker leads the Cavaliers this season with times of 19.84 and 43.46, both from the UGA Invite.

Burras racked up quite a few British age group records in the 50 and 100 freestyle events, and won a bronze medal in the 50m free at last summer’s European Junior Championships with a time of 22.29. That time ranked him #7 among British men in 2018, as did his 48.89 in the 100m. Those times would indicate that Burras stands a good chance of making a senior British team at some point in the near future.

What’s going on at UVA? After such success last year they’ve lost two big time male sprinters in one semester

Who is the second?

Hadn’t thought of him. To my understanding, he never competed for UVA with Desorbo. Did he transfer? Where is he competing now?

He trained under DeSorbo for about a year. Seemed like he was going to compete this year, he competed at nationals with UVA this summer. Same kind of deal with Burras, just packed up and didn’t return to UVA. Both could have been huge relay contributors

There’s obviously more to this story than the article covers. My guess is there was an issue. It’s the NCAA. It’s teenagers. Happens all the time.

From what I’ve heard through the grape vine is that Burras was having a hard time adjusting to college life in America. School and being away from home made the mental adjustment harder that expected. Also heard that Whiteside wasn’t able to stay up to UVA’s academic standards and the class room proved to be more challenging. As much as we care about what they do in the pool, life outside effects it more than we think. I don’t think it was swimming that made them leave, but more of life around swimming.

But he is looking to transfer within the NCAA, so there must be some UVA specific aspect to it no?

The quote is a little misleading but he’s talking about getting a degree at home (Dubai).

to me it sounds pretty clear he is looking to swim and earn a degree at another NCAA school.

UVA is also a very challenging school academically, this transfer may not have had to do with the team. Just keep that in mind