LEN Teams Up with ILSE for Learn to Swim, Prevent Drowning Project 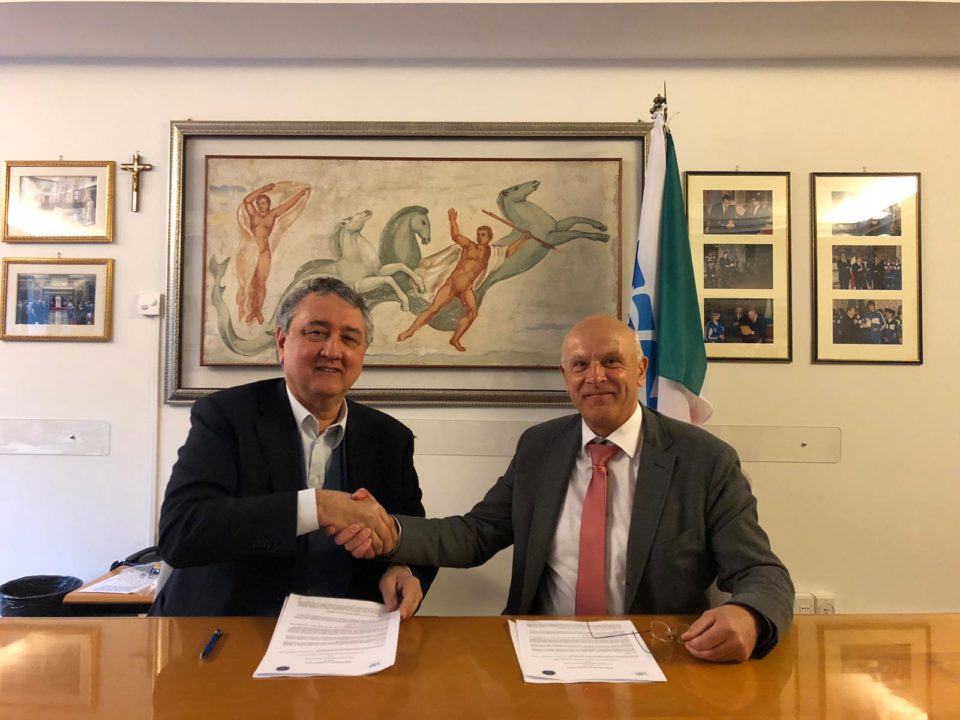 LEN President Paolo Barelli and President of the International Life Saving Federation of Europe Detlev Mohr signed a memorandum of understanding in Rome. This is another important step in developing LEN’s ‘Learn-to-Swim, Prevent Drowning’ program.

LEN has launched its benchmark project ‘Learn-to-Swim, Prevent Drowning’ at the end of 2017. The European Aquatics community is running this program in all 52 member countries and in order to improve its results, LEN is set to team up with the International Life Saving Federation of Europe. In Rome a memorandum of understanding was signed by the presidents of the two governing bodies, Paolo Barelli and Detlev Mohr.

“While swimming is mostly regarded as a great sport and one of the pillars of the Olympic Movement, we cannot emphasis enough that learning swimming is ultimately a life-saving skill” the LEN President said. “Our project offers the necessary tools for all participating countries to achieve a breakthrough in this highly important field, to teach the necessary swimming kills effectively to the young ones, to save lives, to make Europe an even better place for the future generations.”

According to recent statistics by the World Health Organization (WHO), 27,000 people drown in Europe every year, three in every hour, mostly children aged 3-12. LEN has launched this initiative targeting to decrease the number of the fatalities by at least 20 per cent in the next five years.

The project was presented to European Parliament President Antonio Tajani last June at the annual LEN Congress where Mr Tajani gave his full support to the program which might enjoy further backing from the European Union in the future.