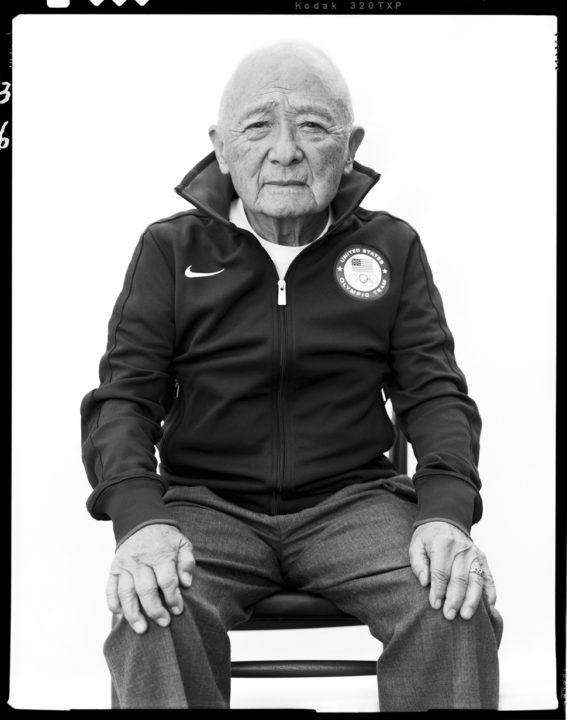 Legendary diver Sammy Lee has passed away after a bout with pneumonia. He was 96 years old. Lee’s passing was announced on Facebook on Saturday by his daughter-in-law Gina Lee.

Korea was controlled by the United States until the end of World War II, Two years after his first gold medal, on June 25th, 1950, civil war broke out in Korea between the communist-support north and the American-supported south, further raising tensions. The war didn’t end until after Lee earned his second Olympic gold medal.

A video of Dr. Lee recounting his diving days at Occidental College:

Lee earned his Medical Doctorate in 1947, and after his diving career ended he served in the U.S. Army Medical Corps in Korea, from 1953-55.

A member of the U.S. Olympic Hall of Fame, Lee won the 1953 James E. Sullivan Award, given to the most outstanding amateur athlete in the United States. After his tour, he coached Olympic divers Pat McCormick, Bob Webster, and the best known american diver in history Greg Louganis.

In 2013, Lee mysteriously disappeared while going to the Los Caballeros sports club for a swim. More than 24 hours later, he was found disoriented in his car and was reunited with his family.

In 2010, the corner of Olympic Boulevard and Normandie Avenue in Los Angeles’ Koreatown was named Sammy Lee Square in his honor; as was in 2013 the Dr. Sammy Lee Medical and Health Sciences Magnet School in the Los Angeles Unified School District.

Did the US intern all Asians or just Japanese? I thought it was just the latter as a name Lee is not Japanese in the s.ightest . If they were , the All Chi atowns would have been emptied .
Angone know their history?

I had the pleasure of watching Dr. Lee win gold medals in the 1948 London Olympics (I was a 15-year old swimmer from little Bermuda) and again in 1952 in Helsinki. He was known to all in the diving/swimming world as Sammy Lee, although we knew he was a medical doctor. He was distinctive to anyone watching not only because he was the best platform diver in the world, but because of his small stature and the fact that he was one of the few Asian-Americans on the U.S. team. He was greatly admired by all.

I had the pleasure of knowing Dr. Lee (I called him Sammy) because we belonged to the same swim and tennis club in SoCal. Small in stature, but BIG in personality, he was an “old school” character and that’s a compliment. He was real fun to talk to and had a great sense of humor. Rest In Peace Sammy, you were an unforgettable one of a kind man and it was an honor to know you.

Well, Japan and Korea had conflicts in world war II as well. Japan invaded Korea and some of the Korean women were made comfort women. Easter Williams mentions Sammy Lee in her book since he was a member of the old LA Athletic club which had the elite swimmers and divers before Long Beach or Mission Viejo.