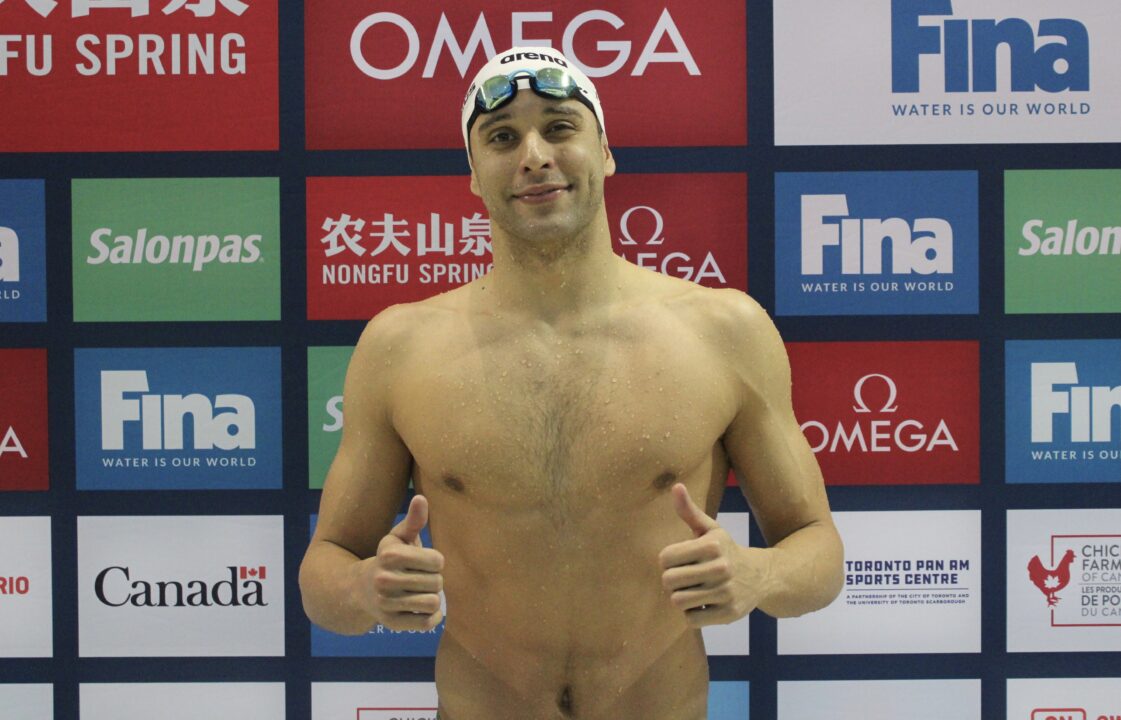 30-year-old Le Clos, who trains in Germany now under Dirk Lange, produced a winning time of 1:51.01 in the men’s ‘200m butterfly. That grabbed the gold by more than 3 seconds, with the highest placing German represented by Ramon Klenz who snagged silver in 1:54.65.

Le Clos has been as fast as 1:49.62 this season, hitting that result while competing on the FINA World Cup circuit. That mark checked in as Le Clos’ fastest SCM 200 butterfly performance in two years.

A German Age Record bit the dust on the women’s side tonight, with 13-year-old Alina Baievych topping the 200m butterfly field.

Baievych touched in 2:11.89, a new lifetime best for the teen, who already beat the previous age record with her morning outing of 2:13.46.

Additional winners in the session included 16-year-old Julia Barth who topped the women’s 800m freestyle field in style. Barth touched in 8:32.18 to narrowly beat out runner-up Leonie Martens who swam on Barth’s hip all the way to the wall where she touched in 8:32.97.

Luca Armbruster was another gold medalist on the evening, with the 21-year-old producing a mark of 48.05 to top the 100m free podium. Angelina Kohler beat the women’s field of the 1free, hitting 53.66 for the win.

The men’s and women’s 100m breaststroke winners were represented by Nele Schulze and Lucas Matzerath, respectively. Schulze touched in 1:06.68, while Matzerath produced a time of 58.51.

Matzerath’s outing was enough to beat out 2015 double world champion Marco Koch, as Koch settled for silver less than half a second back in 58.90.

Berlin national training base coach Lasse Frank said of some of his squad’s performance this evening, “We just returned from altitude training on Monday and now we want to do something to improve the toughness of the competition with a view to the short course World Championships in December. I’m already very satisfied with this start.