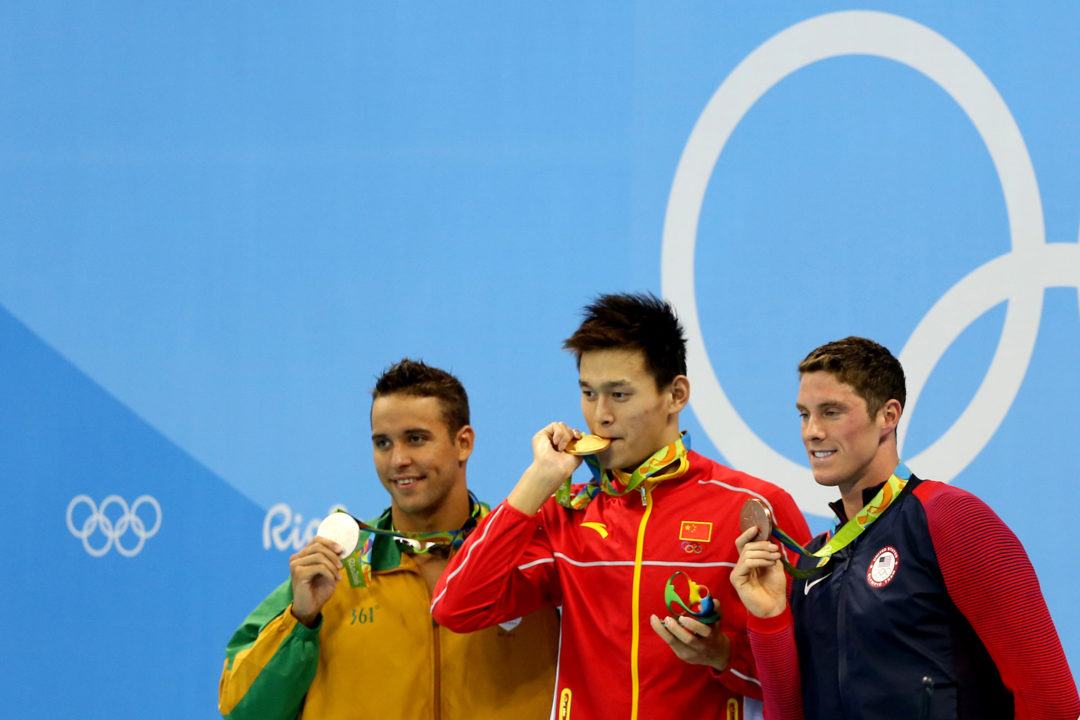 In an interview with CNN, Olympic, World and Commonwealth Games champion Chad le Clos has said he is “relieved to see that finally justice has been served”, after Sun Yang was handed down an 8-year ban from the sport.

Le Clos has been very vocal about his thoughts surrounding cases of doping in sport, and yesterday told The Associated Press, “I should get my gold medal back from Rio”.

Champion swimmer @chadleclos believes he has a claim on Sun Yang’s gold medal from the Rio Olympics.

In an interview today on CNN, after the release of the Sun verdict, le Clos said “It’s not only about me, it’s about James Guy who got 4th in that race and whoever came 9th and 17th missed out on Olympic semi-finals and finals. It’s a snowball effect”

He added that “At the end of the day, you’re killing generations of swimmers by not punishing these drug cheats”.

When asked about whether Sun Yang should be stripped of his medals and titles, le Clos responded “That’s still a question to be asked, whether his titles should remain from 2014 to date. It’s not for me to judge but of course I deserve that gold medal. I feel like they (FINA) should go back and have a look at some of the stuff that has happened”.

Commenting on how it feels competing against athletes who have served bans for doping offences, he said “It’s annoying, you see a lot of guys who have tested positive still walking around. All swimmers know who they are”.

Le Clos sent this tweet out today after the news broke of the CAS’ decision:

Even if the situation was quite an opposite: Let Close was on drugs and Sun Yang wasn’t , even then LA Clos is no match by his talent to Sun Yang.
Same as with the case of Efimova I feel sorry that the minds of such an exceptional swimmers got poisoned with the idea of shortcuts in competition.

So training for years and years and not standing on the top of the podium and hearing your anthem when you feel you deserved it … what do you want him to sound like ?

a little much, yea

As much as I rooted against Le Clos raising Phelps, I absolutely agree with him here. Swimming has no place for cheats.

Le clos wouldve been a gold medalist without this drug cheat? You wouldnt be upset if it were you

In the photo, Chad is on a podium with two cheaters …

That’s the power of media. You know what they want you to know

Chad Le Clos should be the individual 200 free gold medalist. Give these guys their deserved titles.