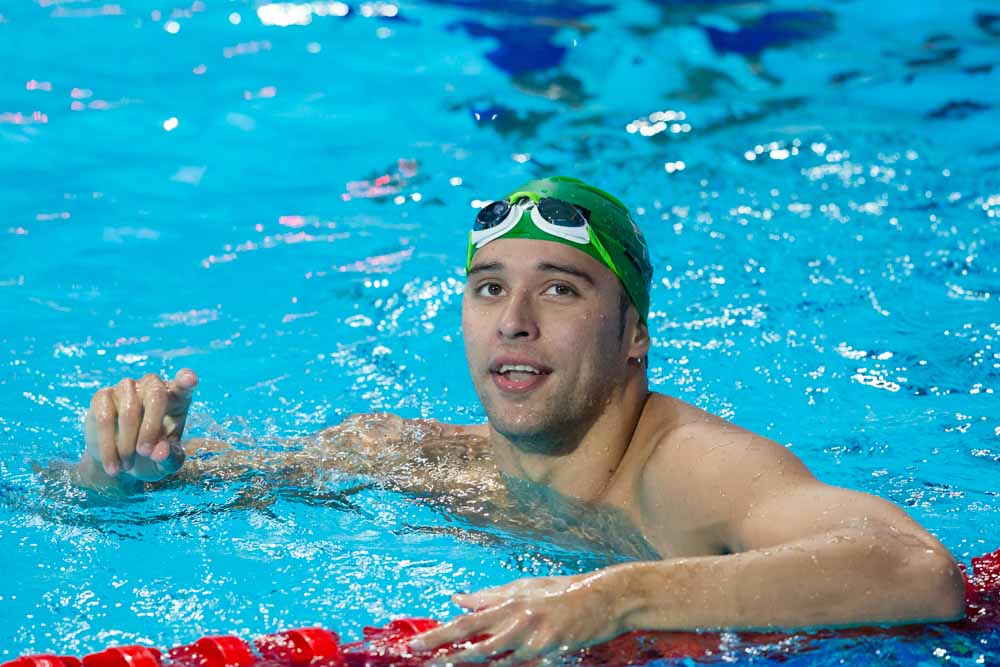 With the unique meet format of prelims in the PM and finals taking place the following morning, South African Chad Le Clos finished his dominant performance in Stellebosch earlier today by claiming two more individual titles. Having already scored the swiftest 1oom freestyle time (although he would forego finals), as well as a world-ranked 200m butterfly gold, Le Clos closed the competition with the 200m freestyle and 100m butterfly finals this morning.

After taking things easy in yesterday’s 200m freestyle prleim, clinching the 4th seed in a relaxed time of 1:56.47, 24-year-old Le Clos turned things up for the final, earning the win in a mark of 1:48.38. That time sits within the world’s top 20 and signals where the Andrea di Nino and Bobby Hurley-trained athlete is at in his early Budapest preparations. Of course, his fastest 200m freestyle times in recent history were conducted at the Rio Olympic Games, where he surprised a stacked field with a silver medal in the event with a super speedy 1:45.20, a new African continental record.

Le Clos continued this morning with a victorious 100m butterfly, slashing about .2 of a second off of yesterday’s prelims time to the tune of 52.83. He is now one of 17 international swimmers who have taken the event to sub-53-second territory this season, with 3 Japanese swimmers comprising the top 5. Italy’s Piero Codia clocked a 52.19 at the Italian Winter Open Championships last December, while JPN squadmates Masato Sakai (52.22), Nao Horumura (52.27) and Takeshi Kawamoto (52.38) line up right behind.