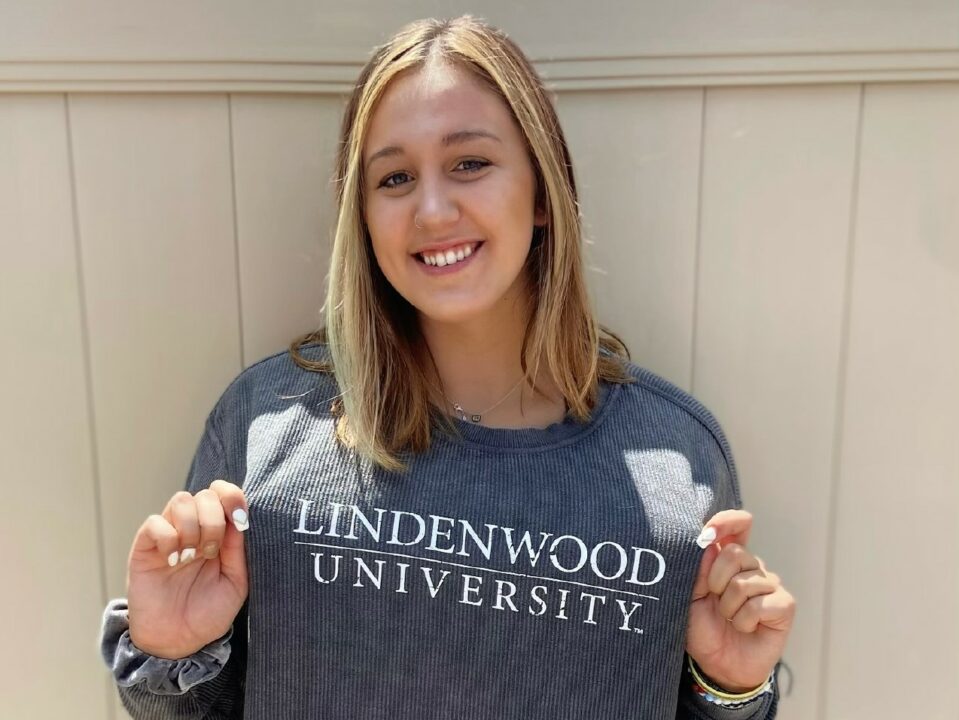 Isabella Gable, currently a sophomore at the University of Tennessee, has announced her transfer to D2's Lindenwood University for 2021-22. Current photo via Isabella Gable

Greenville, Ohio native Isabella Gable has announced her plans to transfer to Lindenwood University after having spent two years at the University of Tennessee. The Lady Vols have been a net recipient of transfers for fall 2021, including Anna-Julia Kutsch from Auburn, Bayley Stewart from Notre Dame, and Emma Carlton from Texas A&M, but Gable is headed to Division II’s Lindenwood in September.

“I was always afraid of what people would think if I went to a smaller school. Everyone in my small town was rooting for me, waiting for a decision and when I decided on the University of Tennessee I couldn’t think of a better place to bring the confident leader and outgoing person I had worked so hard to become. However, shortly after I got there I found out that the team was full of people like me, but they were even older, faster and more experienced. I began to lose my confidence. I had never been the one playing catch up before and when what seemed to be constant string of illness, injury and personal loss began follow me I couldn’t focus on anything but trying to prove to myself and everyone around me that I was worthy of being a part of the team.
Going through adversity at such a large program and I quickly allowed myself to give up on the person that I had created and loved. Maybe things would have been different if the odds had been more in my favor, but at the end of the day if my journey Tennessee was perfect, I don’t think I would have realized how much of myself I was letting go until it was too late. I want to be somewhere where I can make an impact, not only in swimming but in other people’s lives and realize now that that is Lindenwood University.”

The 6’0” Gable graduated from Arcanum High School where she was an Ohio High School State Champion in the 100 back. She began at Tennessee in the fall of 2019 and never quite hit her stride.

Hope she finds new starts, sports and college should be fun.

Sounds like a better fit! Much respect and appreciation Isabella. Good luck at Lindenwood 😀

I went d3 for the same reason, have dropped so much more time. Some people just need that confidence boost to keep going.

Good for you – I think there seems to be a lot of kids choosing schools without thinking of where they’ll realistically be on a roster and how it will affect them personally. Lots of great swimmers that just get lost in big programs. If you’re happy, you’ll swimming will show that. And if you’re miserable, your swimming will also show that. I love the Andrew Wilson D3 story!

Exactly why i am going d2

Time for the commenters to assign blame to Kredich and the staff for making her experience miserable. Or maybe just blame Kipp, Taylor, Meehan,Looze….since they seem responsible for all atrocities in swimming

She doesn’t really seem to be assigning blame to anyone. This is a refreshing self assessment of an individual’s personal needs. Well done

No she didn’t, and i never said she did. But what I did say is that the commenters will.

Karens are going to Karen.

No, actually nobody so far had a negative comment. But way to stir the pot.

I’m glad nobody assigned any blame, Matt is a great coach, one of the best the sport has to offer, but that doesnt mean he was the best for me and Im glad people can separate the two

Extremely mature assessment and one that took a lot of thought. D1 swimming can be brutal, especially with large roster teams. There’s always someone faster coming behind you if you’re at a successful program. Hard to put your heart and soul into swimming every day and see little external reward (I.e travel team, conference team). Being a little fish in a big pond can be exasperating and Bella is a good swimmer! If you know the deal going in and are ok with it, then more power to you. Some kids swim 4 years and never make a travel or conference meet. Bless their persistence! Sincerest wishes to her as she moves on. Her maturity will serve her well in… Read more »

I like Kredich and the UT program, but Isabella would have bested her high school times if she would have gone to Indiana University to swim for GOAT Coach and Hall of Famer, Ray Looze, and his staff.

Looze would have to pay attention to anyone but the best athletes on his team. He’s just a personal trainer at this point. Not a TEAM coach like Kredich