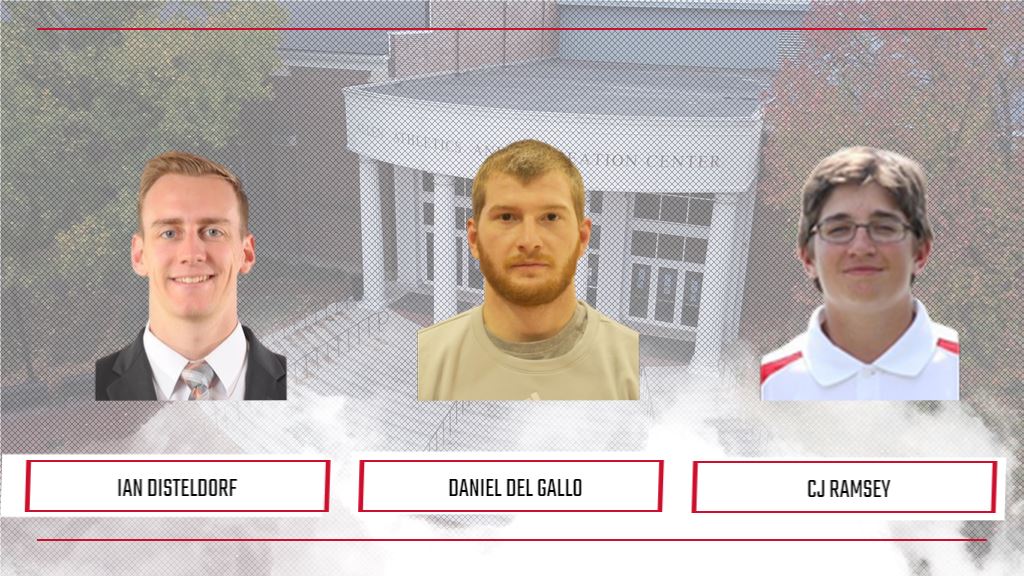 Disteldorf comes to Wabash from the University of Akron where he served as a graduate assistant coach and head recruiting coordinator for the 2020-2021 season. He worked as a graduate assistant director of operations for the Zips from 2019-2020. During that period Akron claimed its seventh consecutive Mid-American Conference (MAC) title and finished the season ranked in the top-30 in the Collegeswimming.com championship and dual-meet polls. Disteldorf spent two seasons as an assistant coach at his alma mater, Augustana College, where he helped the Vikings produce four individual College Conference of Illinois and Wisconsin (CCIW) champions, six all-conference athletes, and the 2019 CCIW Swimmer of the Year.

Disteldorf earned a masters of sports science from Akron in 2021 after receiving a bachelor of arts in business administration and economics from Augustana in 2017. He was a member of the Augustana swim team for four seasons, earning all-conference honors in 2015 and 2016.

“I am very excited to have Ian on board,” Wabash head swimming coach Will Bernhardt said. “Very early in the hiring process, Dan really articulated what he can bring to our team. He has a wealth of coaching knowledge not only from his time at Akron but also as a Division III coach and athlete at Augustana. That unique combination will serve him well as we take our team to new heights. I am also thrilled for what he can bring to our strength program. Having a certified strength and conditioning coach on staff will not only help the swimmer and divers but the entire athletic department.”

Del Gallo joined the Wabash program in 2018 as a volunteer assistant. The Little Giants have produced 10 NCAA Division III national tournament qualifiers and three All-Americans. Wabash also picked up three National Wrestling Coaches Association All-America honors in 2020 after the national tournament was canceled. The Little Giants were ranked number one in the nation before the start of the 2020-21 season. Wabash has also placed fourth at the NWCA National Duals twice during Del Gallo’s time with the program and won the 2019 NCAA DIII Midwest Regional title.

Prior to his arrival at Wabash, Del Gallo spent one season as a volunteer assistant at his alma mater, the University of Southern Maine. The Huskies sent two national qualifiers to the NCAA Tournament that year. Del Gallo was the Division III national champion at 149 pounds while competing at Southern Maine. He qualified for the national tournament in 2015, 2016, and 2017 and earned the New England Wrestling Coaches Association College Wrestler of the Year Award in 2017. He is a two-time Maine Amateur Wrestling Alliance College Wrestler of the Year (2016, 2017) and holds the Southern Maine record for all-time victories with a career mark of 137-19.

Del Gallo earned Scholar All-America honors all four years while competing for the Huskies. He received the NCAA Elite 90 Award in 2015 and again in 2016 with the highest grade-point average among all competitors at the national tournament. Del Gallo is a two-time CoSIDA Academic All-America selection, earning First Team honors in 2017 after garnering Second Team honors in 2016. He received the New England Wrestling Association Student-Athlete of the Year Award and the University of Southern Maine Student-Athlete of the Year Award in 2016.

“I’m very excited for Dan to move into a full-time role with our program,” said Wabash head wrestling coach Brian Anderson. “He has served as a volunteer assistant the past three seasons and has done great things for our program in that time. His pedigree and background fit Wabash College perfectly. He understands the kind of institution Wabash College is and the type of student-athletes we attract. I know Dan will continue to make a huge impact on the program in his new role.”

Ramsey served as a football assistant coach during his four years as a student at Wabash as well as one season after graduating in 2020. He coached multiple positions on both offense and defense and assisted with game and practice film cutup for evaluation of players and schemes. He was part of the Little Giant coaching staff that led Wabash to a 2019 NCAA DIII playoff appearance along with a share of the 2018 and 2019 North Coast Athletic Conference football titles.

Ramsey volunteered as a coach for the Oberlin High School football team from 2012-2015, working primarily with defensive backs, tight ends, and wide receivers.

Ramsey graduated from Wabash in 2020 with a Bachelor of Arts in political science.

“As a student assistant the past five years, CJ Ramsey brings a wealth of football experience and a complete knowledge of our Wabash football culture to our program,” head coach Don Morel said. “CJ has coached on both sides of the football and will be heavily involved in special teams. He is a welcome addition to the full-time staff.”