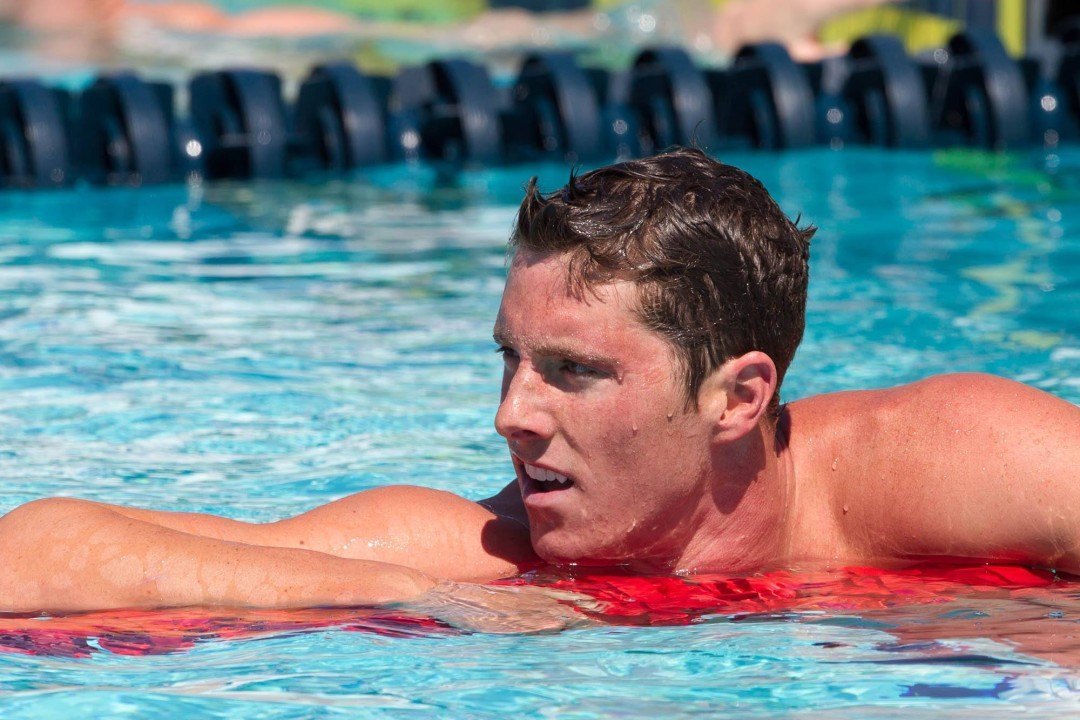 Dwyer won his race in 1:47.28, good for No. 2 behind only Jack Conger in the United States this year. Archive photo via Tim Binning/TheSwimPictures.com

In his second event of the 2018 Los Angeles Invite, and only third event of 2018, 29-year-old Olympian Conor Dwyer dropped the second-fastest 200 free in the nation this year.

Dwyer swam his first race of 2018 in April at the Pro Swim Series meet in Mesa, a single long course 200 free, where he finished in 1:49.45 before scratching out of finals. Dwyer followed a similar pattern after the Olympics as he appears to be doing after the 2017 Fina World Championships: taking an 8-month break, swimming a single race (then a 100 free) in April, and a full schedule in Santa Clara a few weeks before Nationals. At Nationals in 2017, he qualified for the World Championship team as a prelims member of the 800 free relay.

The 2018 US National Championships run from July 25th-29th. There, only the top 4 in the 100 and 200 free, Dwyer’s best events right now, qualify for Pan Pacs (as opposed to the 6 who usually qualify for Worlds or Olympics).

Did any other swimmers swim today?

Can only write so fast! https://swimswam.com/la-invite-day-3-scott-continues-stellar-meet-dwyer-drops-147-200-fr/

This is a great question that those with low IQs certainly can’t appreciate. Thank you for having the courage to ask it!

How about that eh! Neat