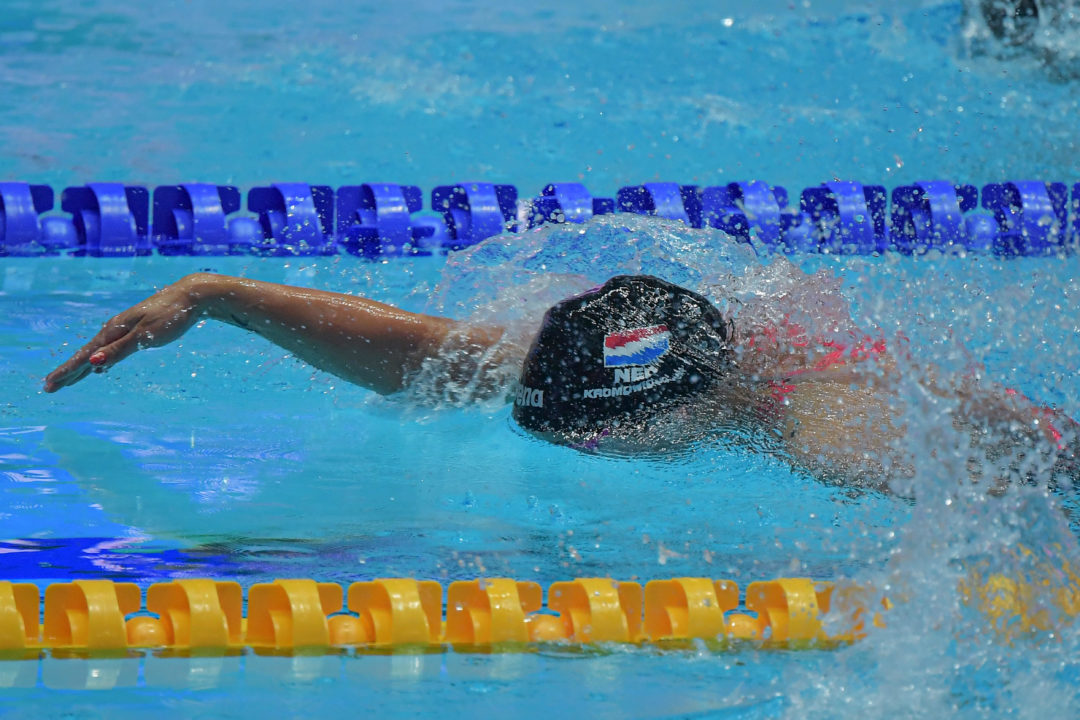 The 2020 Hengelo LC Challenge wrapped up in the Netherlands, with sprinting mainstay Ranomi Kromowidjojo getting on top of the women’s 50m free podium.

After establishing herself as the top-seeded swimmer with an AM effort of 24.55, Kromo sliced another .03 off to register a winning mark of 24.52. That was enough to beat out runner-up Jessica Felsner of Germany, as she clocked 24.93 for the only other sub-25 second outing of the field.

Kromo’s husband-to-be, Olympic gold medalist Ferry Weertman was also in the water tonight, winning the men’s 400m free in a time of 3:52.64. That held off a charging Luc Kroo, who touched just .11 back in 3:52.75 for silver.

In the men’s 50m free it was Jesse Puts and Kenzo Simons who rushed to gold, both stopping the clock simultaneously in a time of 22.42. The 50m fly national record holder, Nyls Korstanje, rounded out the top 3 with 22.59 for bronze.

Puts is the reigning long course national record holder in this event, owning a lifetime best of 21.82 from 2016. Simons is the enation’s fastest ever short course 50m freestyle, becoming the Netherlands’ first man under 21 seconds with his 20.98 record from last December.

Two Belgian swimmers also looked impressive tonight, with Louis Croenen and Jade Smits each making their mark at this meet.

As for Smits, the 19-year-old captured bronze behind winner Maaike de Waard and runner-up Kira Toussaint in the women’s 50m back. De Waard topped the podium in 27.72 to Toussaint’s time of 27.96. Smits registered a time of 28.84 for bronze, a time that would have overtaken the previous Belgian national record of 29.09 had she not already accomplished the feat in the morning.

In the heats of that 50 back, Smits logged a time of 28.77 to capture the 3rd seed and overtake the longstanding Kimberly Buys record of 29.09 that has been around since 2013. Smits had never before been under 29 seconds in this event, having owned a PB of 29.10 produced in the semi-finals of the 2017 European Junior Championships.