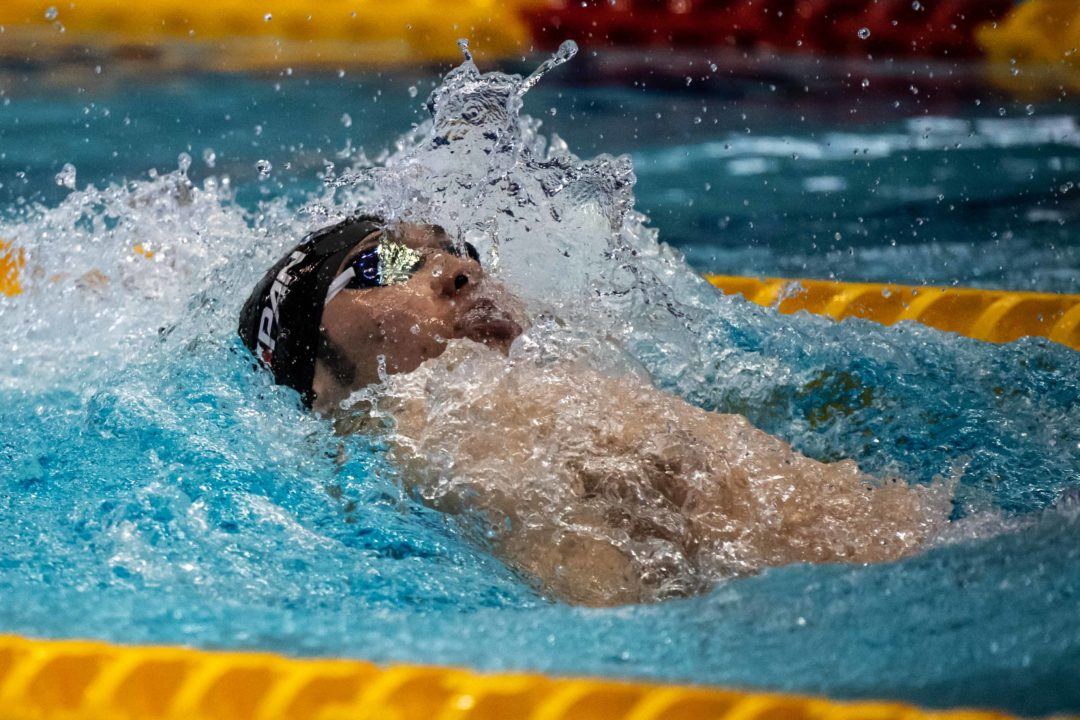 Olympic champion Kosuke Hagino just threw down a statement swim in the 200 back while competing in his native Japan tonight. Archive photo via Mike Lewis/Ola Vista Photography

Just hours after notching a new European Record in the women’s 50m backstroke, Kira Toussaint managed to shave off some more time to lower it even further.

Competing on day 1 of the 2021 Tokyo Senior Spring Meet at the Tatsumi International Swimming Centre, 26-year-old Hagino posted a huge mark of 1:55.84 to snag the silver behind equally impressive teammate Ryosuke Irie.Irie stopped the clock tonight in a mark of 1:55.65 to get to the wall less than .2 ahead of Hagino.

31-year-old Irie’s result here falls just .10 outside of his season-best of 1:55.55 from last December, a performance which ranks him #2 in the world behind China’s Xu Jiayu.

Hagino now ranks the 3rd fastest man in the world this season, with a time that would have grabbed the bronze at the 2019 FINA World Championships.

As for Hagino, he owns a lifetime best of 1:54.23 in this event, but that result was registered way back in 2014. His 1:55.84 outing here is by far his best since that time, nearly 7 years, inserting him into the conversation of would-be qualifiers for Japan in this event at the home-based Olympic Games.

Additional contenders for an Olympic spot in this 2back for Japan include Keita Sunama, a mainstay who clocked a season-best of 1:56.11 to rank 4th in the world this season, while Masaki Kaneko, who was in tonight’s race with a 1:58.90, is also among Japan’s best at the moment.

However, as we’ve seen with Australia’s Mitch Larkin, the 200m back/200m IM double is a tough one at which to excel, with both events overlapping at both the Japan Swim (Olympic Trials) and the Olympic Games themselves.

Man, that’s some return to form!

Wow. Impressive depth in the 200 back.