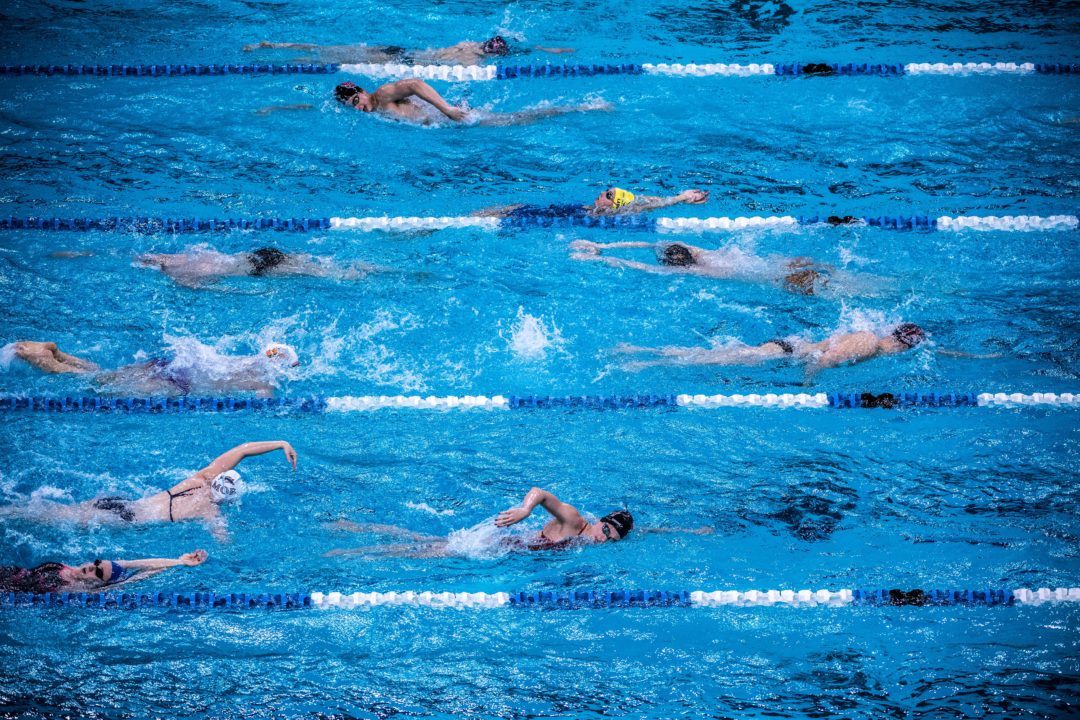 The Dutch qualifying times for this year's Short Course World Championships have been released with one major change from the 2016 edition. Stock photo via Mike Lewis/Ola Vista Photography

The Royal Dutch Swimming Federation (KNZB) has released its qualifying criteria for the 2018 Short Course World Championships set for December 11-16th in Hangzhou, China. As a departure from the 2016 qualifying procedures, the selection criteria no longer allows for yards times to be converted to SCM for selection.

Back in 2016, the KNZB expanded its qualifying procedures for that year’s short course world championships in Windsor, Ontario, Canada to include short course yards times. That enabled then-NCAA athletes such as Kira Toussaint and Dion Dressens an opportuntity to produce a qualifying time at one of their college meets. This year’s selection document specifically states, ‘qualification via yards is not possible.’

However, for those athletes who live and train abroad, the KNZB does disclaim that substitute competitions could potentially be used in place of the designated qualifying meets such as the World Cup circuit, and SwimCup Amsterdam taking place later this year.

Below are the qualifying times for the Dutch squad vying for Short Course World Championships spots, with the entire selection criteria document available here.

You can find the previously published KNZB standards for the 2018 European Championships in Glasgow here.

And still produces the best swimming team in the world that the rest of the world has no hope of combatting ?