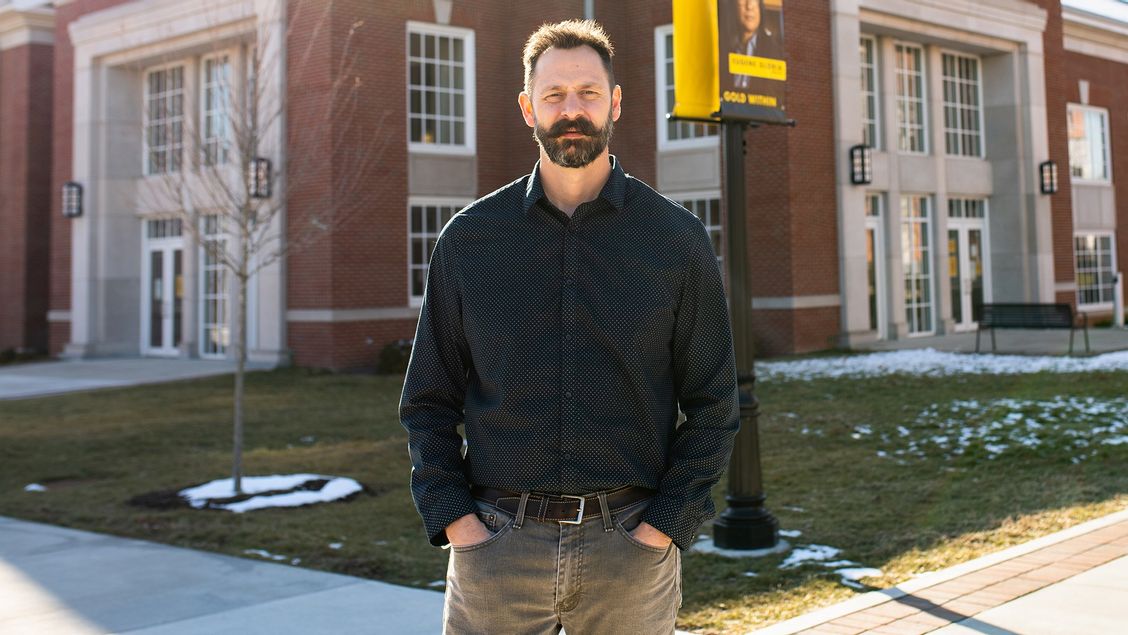 DePauw head coach Adam Cohen has taken a medical leave of absence. Fortunately for the Tigers, the school has an experienced coach on its academic staff. Archive photo via DePauw Athletics

Brian Wright, the chair of the DePauw University kinesiology department, has been named the interim head coach of the school’s men’s swimming & diving team for the remainder of the season while head coach Adam Cohen is on medical leave. The school did not elaborate on what Cohen’s medical condition was.

Wright is in his 10th year as a faculty member at DePauw, where he is an associate professor of kinesiology in addition to his role in chairing the department. While coaching swimming is not his primary vocation right now, Wright has a lot of experience in the sport.

Wright was the head coach at Austin College for five years while completing his PhD in Human Performance. In his last season there, the program set 11 school records. He left that job in 2013 for a faculty role at Depauw. He said in 2019 that “the position at DePauw was ideal,” he says, “because it had a primary focus on teaching with opportunities to pursue scholarly work in human performance – not only in swimming but beyond that as well.”

Wright also spent time as a member of the Counsilman Center for the Science of Swimming as a student at Indiana University. Prior to 2020, he regularly assisted DePauw’s swim teams as well in an unofficial capacity.

Cohen is also a part-time coordinator of the Center for Spiritual Life at the school.

Cohen has won 8 conference coach of the year awards across three different conferences. The Tigers have scored at the NCAA Division III Championships in 24 of his 31 seasons as head coach.

Last season, DePauw didn’t send any swimmers to the NCAA Championships, but still finished 4th out of 10 teams at the NCAC Championships, which features some of the best D3 teams in the country, including Denison and Kenyon.

The Tigers are 0-5 so far this season and finished 3rd out of 6 teams at the Phoenix Fall Classic in November behind Chicago and D1 school Saint Louis University.

DePauw is a rare NCAA Division III school that has separate men’s and women’s coaching staffs. The women’s program is led by Tracy Menzel.

Wright’s appointment was announced on November 23.

When not moonlighting as a Prof and now swim coach, Brian “the sheriff of this here town” Wright is making sure things stay real quiet in these parts.