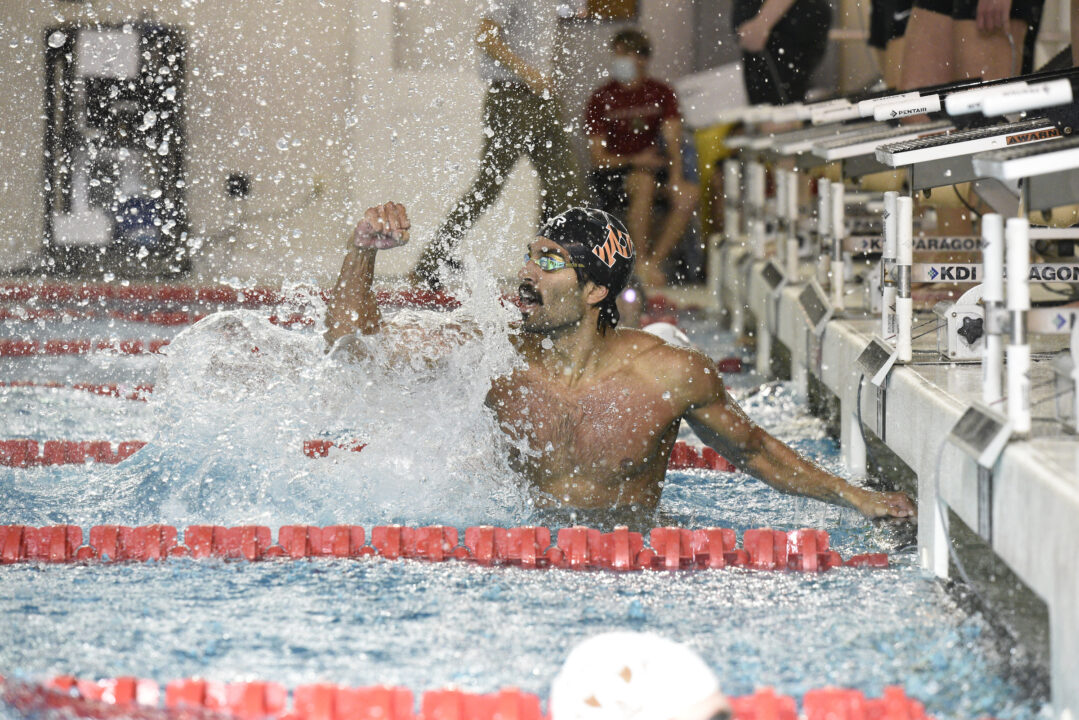 The Princeton Tigers welcomed the US Naval Academy to Princeton on Friday night, and walked away with a dominant 208-92 victory on senior night.

Leading the way for the Tigers was junior All American Raunak Khosla, who won all three of his individual events on the night. The Roswell, Georgia native started his meet with the 200 fly, where he pulled away from Navy’s Ethan Tack on the final 50 to win 1:47.33 to Tack’s 1:48.08. Khosla then returned to win another close race in the 200 breast, again using the field’s fastest final 50 to come away with the win in a season-best 2:00.33. Touching just behind Khosla was Navy’s Jackson Schultz, who finished in second in 2:00.77. Khosla closed out his meet with a victory in his signature event, the 400 IM, which he won in 3:56.08. The junior’s season bests sit at 1:42.48 in the 200 fly and 3:45.55 in 400 IM, both from December’s Big Al Invitational.

On the boards, Tiger senior diver Colten Young celebrated his senior night in record breaking fashion. The Coto de Caza, California native dominated the 3 meter with a score of 406.50, setting a new Princeton program record. Young also finished runner-up in the 1 meter behind teammate Griffen Brooks, who won with a score of 336.83 to Young’s 329.63.

The Tigers will next travel to New Haven, Connecticut next weekend for the annual Harvard-Yale-Princeton tri meet, while Navy heads north to New York City to take on Columbia later today.