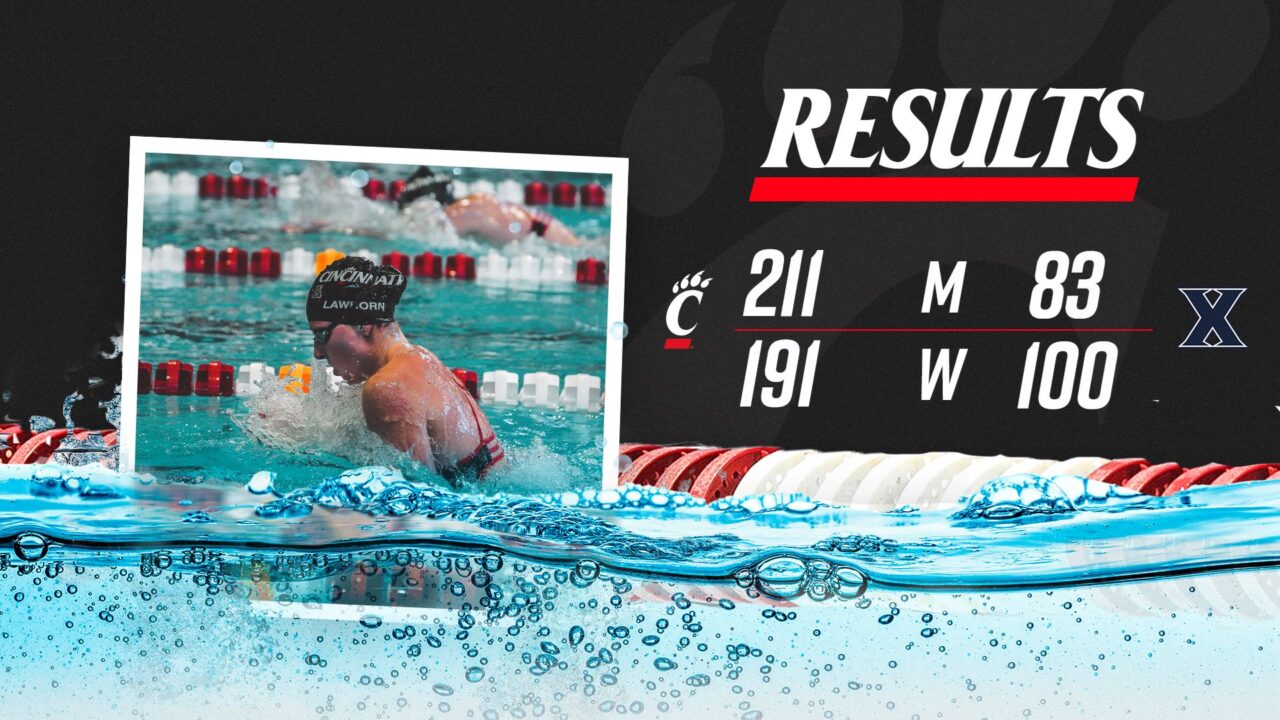 Cincinnati swept both the men's and women's meets against Xavier on Friday, during the team's Senior Day. The divers competed against themselves. Current photo via Cincinnati Athletics

CINCINNATI – The University of Cincinnati swim and dive programs beat their crosstown rivals Xavier on Friday afternoon. The men won with a score of 211-83 and the women completed the sweep with a 191-100.

Xavier University does not have a diving squad and the Bearcats divers competed amongst themselves.

The Bearcats honored their nine graduating seniors with a ceremony in-between the two events.

CINCINNATI – Men’s and women’s swimming opened up the spring semester on Friday, traveling across town to face the Cincinnati Bearcats at the Keating Aquatic Center. The Musketeers collected four first place finishes in the first of two meets this weekend, and now return home to host Bellarmine on Saturday.