Kelsi Dahlia: “I try not to preference… but I really do enjoy short course” (Video) 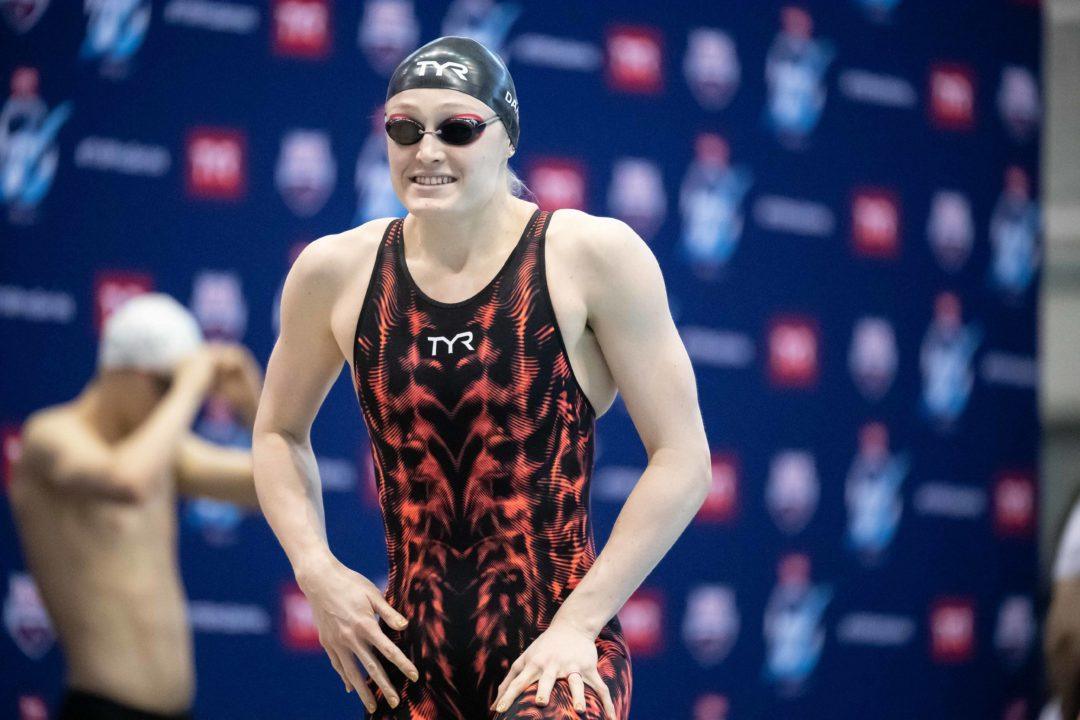 Kelsi Dahlia of Cardinal Aquatics is really learning how to back-half. Out in 28.09, she came back in a 29.77, out-splitting everyone else by a second, to clock a 57.86. Current photo via Mike Lewis/Ola Vista Photography

Not far behind was Team Elite’s Kendyl Stewart at 58.25. HPC – Ontario’s Penny Oleksiak had a really great swim, going 58.33 and taking nearly two seconds off of her prelims time.

Also under 59 seconds were Farida Osman at 58.68 and Riptide’s Regan Smith at 58.85. Cal Aquatics’ Dana Vollmer, on her comeback tour, was 59.27. That’s a tenth faster than she was at her first meet back, the 2018 Winter Nationals last month. Meanwhile, Athens Bulldogs’ Natalie Hinds was 59.67 for another new personal best, and HPC – Vancouver’s Haley Black was also under a minute at 59.84.