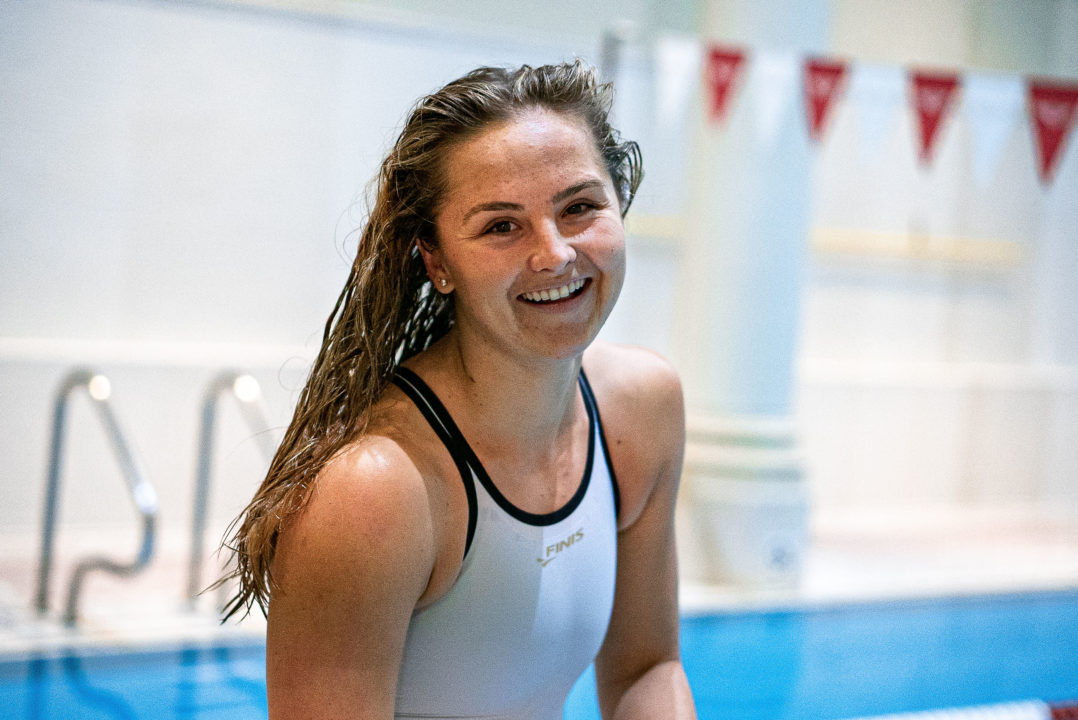 FINIS is a SwimSwam Partner

“I’m so excited to partner with FINIS!” McLaughlin said of her new sponsor. “FINIS is innovative, fun, and loves the water as much as I do.”

McLaughlin won 3 relay medals at the 2019 World Championships in Gwangju, South Korea, taking gold medals as a prelims swimmer in the American mixed 400 free relay and American women’s 400 medley relay. She added a silver as a finals leg of the American 800 free relay which set a new American Record. Her 1:55.36 split on that 800 free relay was the Americans’ 2nd-best behind only Katie Ledecky and was the 5th-best split overall.

The 2018-2019 season was a revival year for McLaughlin, who was a member of the US National Team in the 2015-2016 season before suffering a neck injury while on a training trip in Hawaii with the Cal Golden Bears. After 3 years of not going a best time in the 200 free, in the summer of 2018 she dropped almost a second in the 200 free, with another few tenths shed in 2019 to rank her 13th in the world (including as the 3rd-best American). The 100 fly saw a similar story, where she ended 2019 as the 2nd-best American, positioning her for a potential individual spot on the 2020 Olympic Team.

McLaughlin says that she’s learned that swimming, like life, doesn’t always happen in a straight line.

“I feel like I’ve just been able to figure it out a little bit more, if that makes sense—figure it out training-wise or what I need to do when I’m faced with a conflict or if something doesn’t go my way, not beat myself up over it but learn how I need to recover from that You know what I mean? Just learning how to treat myself and the people around me and my body and everything,” McLaughlin said of the ups and downs in her career.

McLaughlin comes from a family of athletes: her mother Mary swam for USC (also specializing in butterfly and freestyle) while her dad played tight end on the Indiana State football team. Even at just 22-years old, 2020 will be McLaughlin’s 3rd Olympic Trials appearance: she competed for the first time in 2012 when she was only 14-years old.

“Katie is an excellent addition to our team of athletes” said CEO and cofounder John Mix. “Her talent and dedication are what take an athlete from good to great.”

I hope so too.