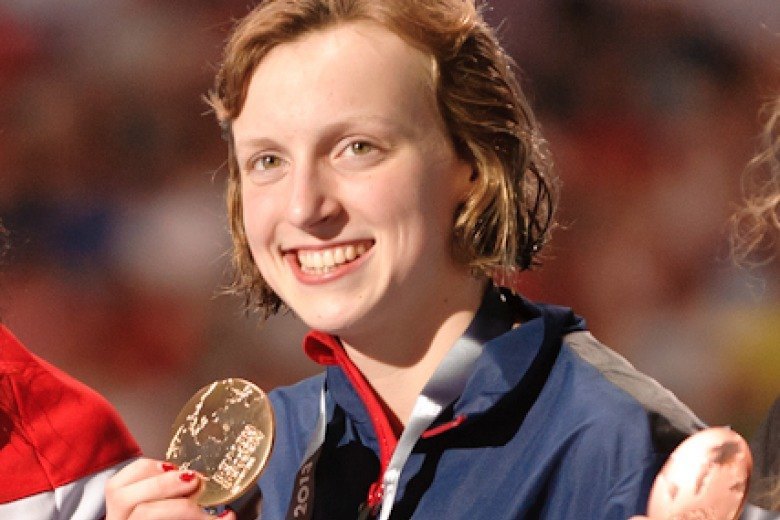 Katie Ledecky has yet to lose a race in major international competition. Her only swim at the Olympics was the 800 freestyle, where she won the Gold medal. At the World championships, she has won the gold medal in every race she has been entered in. A very impressive feat for anyone, let alone a 16 year old.

Her performance will be in swimming folklore for years to come. We all saw it coming, but I don’t think anyone expected this. Can’t say enough about her, congrats Katie. Now she just has to break that 400 WR.

I felt she cruised the first half and relied on Friis to set the pace which wasn’t quite as fast as I thought it would be. I think if she set her own pace from the front like in London she might have broken the record by much more. She nearly negative split the race which is very unusual for Ledecky.

If you watch her press conference…that was the plan. She usually does go out fast…but then isn’t able to close out as much. That’s usually fine because she’s so ahead of the field…but at an international meet where she could possibly break the world record…she needed to be patient. She did this in both the 1500 and 800. SOOO excited! Wish I could have watched live. Now if I can find the FULL video…in english…

I want to see this too! Maybe Bobo or anyone could steer us in the right direction. Also, Katie definitely has a much faster time in her. 8:13 seemed reserved for her.

English commentary – courtesy of the BBC

An amazing young woman! Looking forward to watching her successes for years to come!