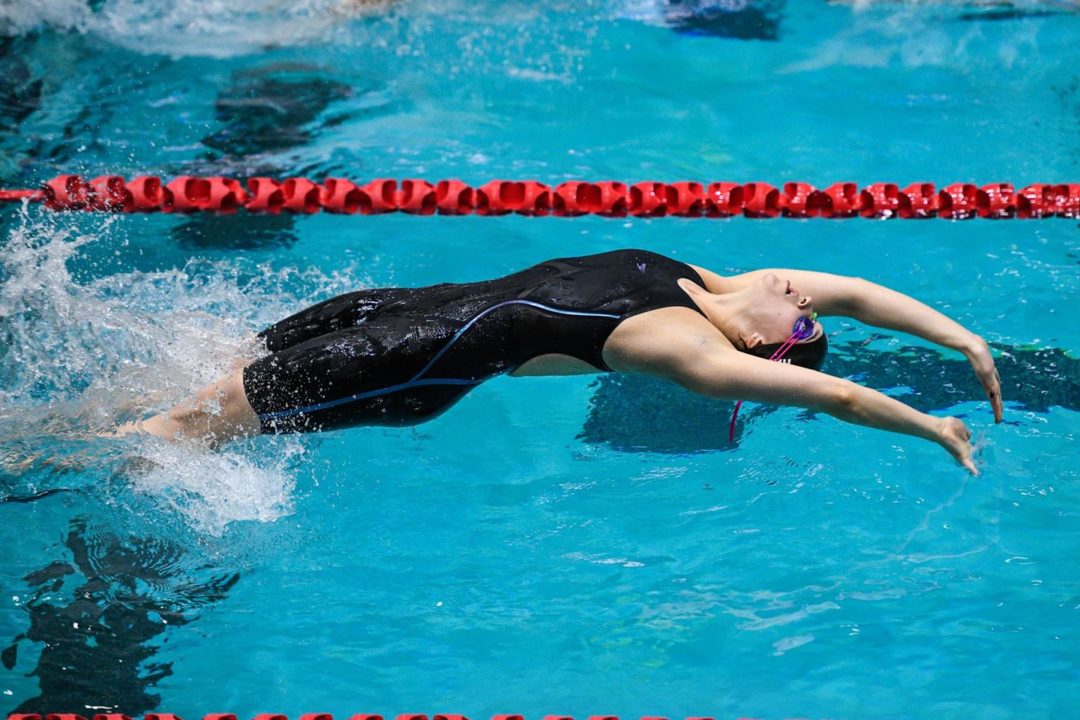 Idaho's Hale and Air Force's Grimm were named Swimmers of the Week, while Allison Shimp (Idaho) and Jesse Cawley (UNLV) picked up Diver of the Week honors. Archive photo via Idaho Athletics

DENVER – Idaho’s Katie Hale and Allison Shimp have been named the Western Athletic Conference Women’s Swimmer and Diver of the Week, respectively, for Jan. 25 through Jan. 31.

Hale, a junior from Park City, Utah, collected a pair of individual wins to go along with two relay victories as the Vandals swam past Dixie State. Hale swept the sprints, beginning with earning the top spot in the 50 free with a time of 23.24 seconds. She then secured the first-place finish in the 100 free, reaching the wall at 52.14. On top of her individual performance, she led the 200 medley relay and 200 free relay teams to victory, finishing with times of 1:44.89 and 1.37.02, respectively.

Shimp, a sophomore from Des Moines, Wash., claimed wins in both diving events as she competed against her fellow Vandals during their dual against Dixie State. Shimp recorded 262.60 point dive in the 1-meter to pick up the victory. On the 3-meter board, she put together a dive worth 258.98 points to close out her second first-place finish of the week.

Other diver nominated: Northern Arizona’s Victoria Knapp tallied a pair of podium finishes, placing third in both the 3-meter (251.45) and 1-meter (243.35) as the Lumberjacks competed against Arizona and NM State.

DENVER – Air Force’s Adam Grimm and UNLV’s Jesse Cawley have been named the Western Athletic Conference Men’s Swimmer and Diver of the Week, respectively, for Jan. 25 through Jan. 31.

Cawley, a senior from Portland, Ore., racked up a pair of podium finishes on Senior Day as the Rebels took on divers from Hawai’i and Wyoming. Cawley’s top dive came in the 3-meter event where he took first with a score of 330.0 points. He also managed a third-place finish on the 1-meter board, finishing with 300.45 points in finals.

Other diver nominees: Air Force’s Cole Armagost posted a monster score of 350.70 in the 3-meter event as the Falcons had an intersquad competition after Denver did not travel divers… Wyoming’s Brendan Byrnes was the top diver for the Cowboys as he posted a season-best score of 289.60 on the 3-meter board.